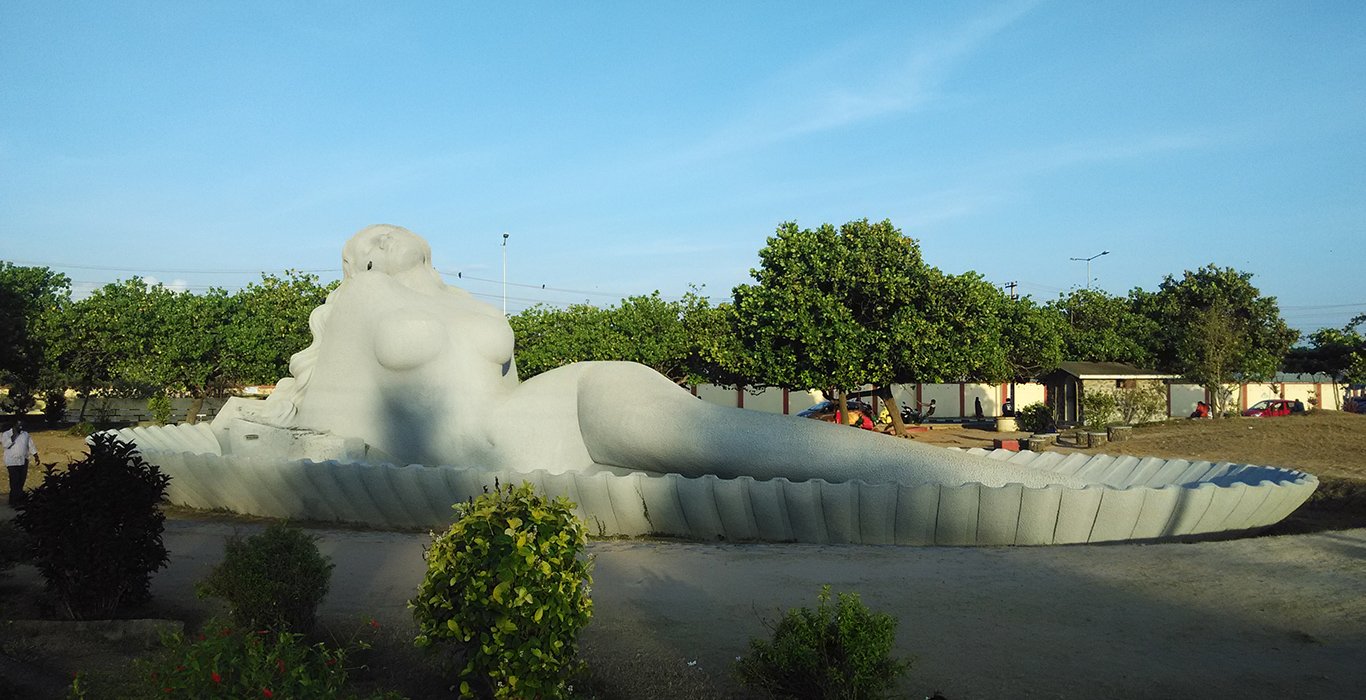 Sunset is like the first jab of love—a sudden riot of colour creating an ecstatic state for you. There is nothing parallel to this celestial show. One of the world’s beautiful places to capture sunset is Shankumugham beach, which is on the western outskirt of the city of Thiruvananthapuram, Kerala.

This natural beach is easily reachable, just 5 miles from the core city to its western part. The added advantage is that it is close to the international airport.

The vast stretch of waves and white sand is a pet spot where the city’s nature-loving people gather in the evening. The elders sync their timing with sun on the western horizon; sight of the gradual climb down of the fiery ball of orange, the preserver of life, leaves one with a feeling of wellbeing. The mesmeric moments when the fireball keep changing its colour- from dazzling white to crimson and from crimson to gold—are to be captured and retained in the canvas of one’s memory. In a few moments, the great sun paints playfully the rolling waves with its multi-colour brush before taking a final dip into the blue vista. Sometimes cloud play spoilsport but most of the days you would prove lucky. 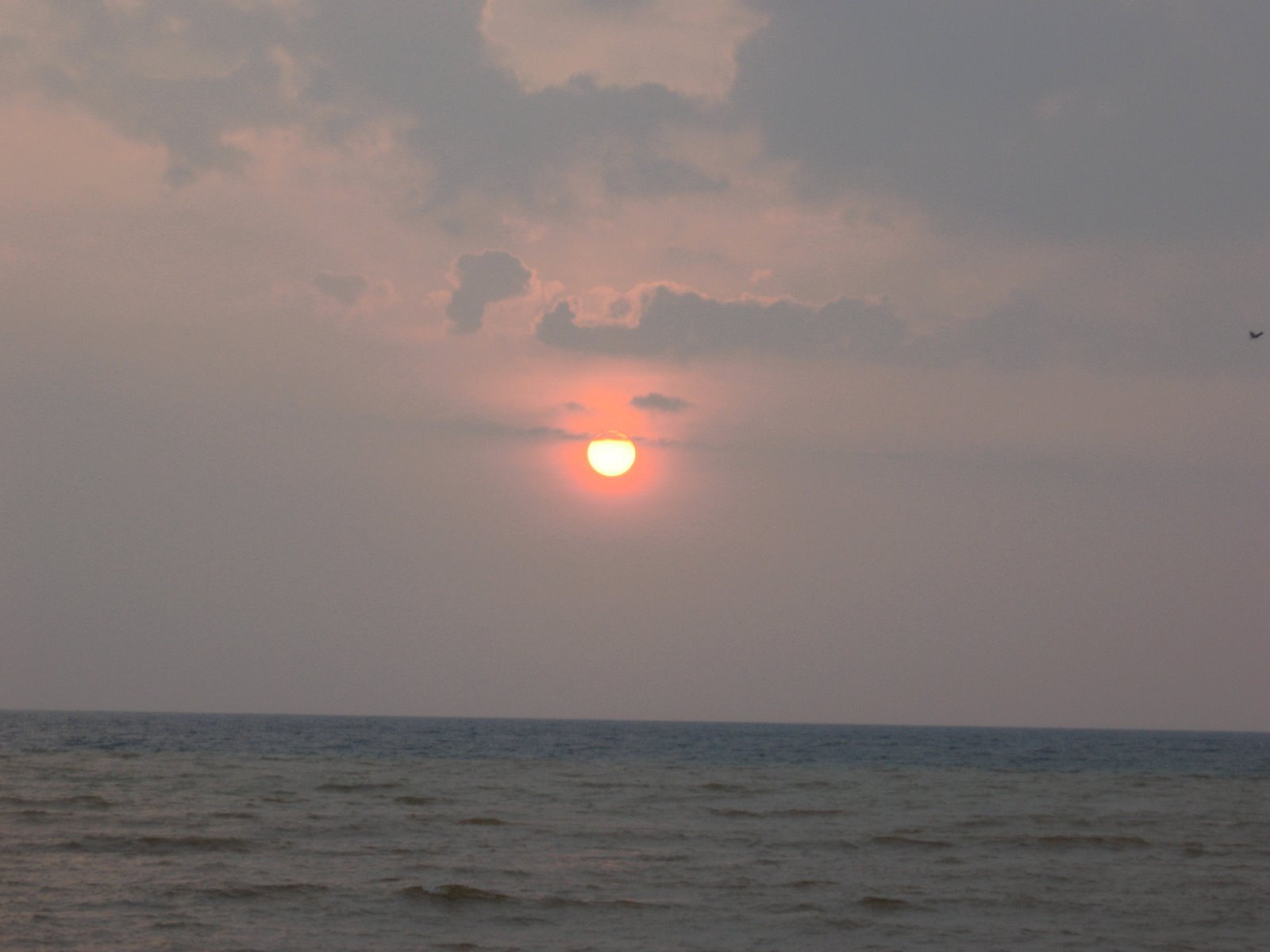 And, for the young lovers and the kids there are enough scope for indulging their palate and get into fun and frolic. The quaint spot has clean restaurants, eating kiosks that offers a wide choice of sea foods (what else do you expect at a beachside eatery!), open air theatre, parks for children, parked boats of fishermen folks, and some eye-catching sculptures - one of them being the famous Sagarakanyaka or the Mermaid by the great sculptor, Kanayi Kunjiraman.

open air theatre, parks for children, parked boats of fishermen folks, and some eye-catching sculptures – one of them being the famous Sagarakanyaka or the Mermaid by the great sculptor, Kanayi Kunjiraman.

The beach is well-populated with vendors too who offer local food and trinkets at cheap rates. Delight your tummies with some delicious local food. 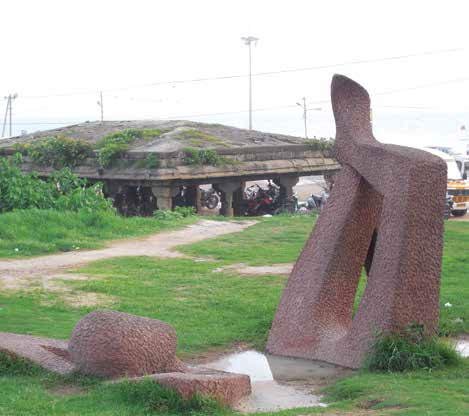 Unlike the world famous Kovalam, here the waters are not shallow. So no paddleboard and no water surfing. The current can be very strong, sometimes unexpectedly.

Onam and Christmas days, Shangumukham gets taken over by food stalls and vendors for the annual melas and those are the best times to visit the picturesque beach. Local food counters are a major crowd puller and there are ample varieties of food you can try at.

The beach also gives Karaoke singers good place to display their talent, and to a good number of audience.

Interestingly, the beach has a glorious religious legacy as it is the bathing place of the presiding deity of the city—Sree Padmanabhaswamy. The ‘Arattu’ procession, marking the end of the Alpassi festival at the temple culminates at the ‘arattumandapam’ at the beach.

Aarat is the ceremonial immersion in the sea of idols of the reverred deities. It is a pageantry of carrying three deities (Sree Padmanabha, Narasimha Swamy and Lord Krishna) in flower-decked Garuda Vahanas. Garuda is the legendary humanoid bird which is supposedly the mount of Lord Vishnu. The images of SreePadmanabhaswamy, Sree Krishna and SreeNarasimha and Lords of Thrippappur and Thrivikramamangalam are given a ritual bath at Shangumukham.

Sadly, the festivities and beauty of the beach disappear when monsoon come lashing. Violent sea devours a major portion of the beach every year. But nature has its own remedies and the long sand stretch is back to normal around September. 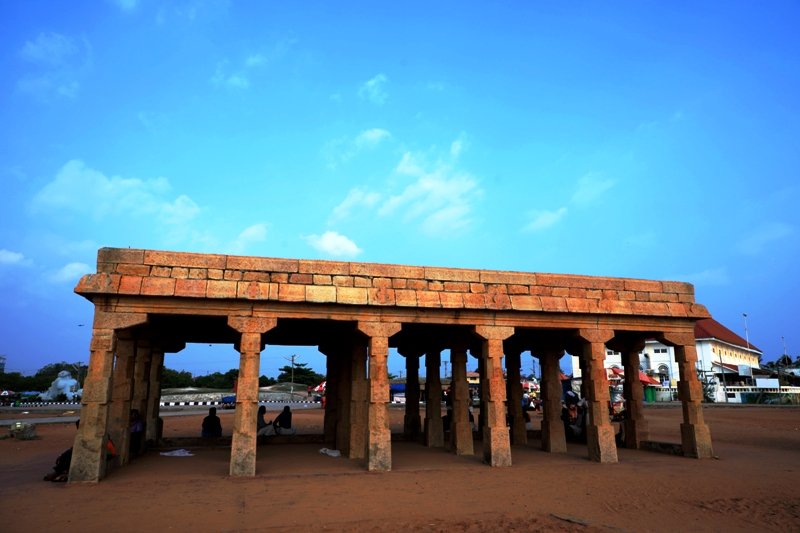 November to May or June would be safer period for the beach.

Any writing about Sanghumugham is not complete without a description of Jalakanyaka, or the sunbathing mermaid sculpture. The 35-metre long creation is arguably the largest mermaid sculpture made of stone. The voluptuous mermaid is completely sculpted from a single stone. The sensual statue has the poise of a woman that craves for a touch with her bareness exposed.

Interestingly, the beach has a glorious religious legacy as it is the bathing place of the presiding deity of the city-Sree Padmanabhaswamy. The ‘Arattu’ procession, marking the end of the Alpassi festival at the temple culminates at the ‘arattumandapam’ at the beach.

Other Places of Interest

Jawarharlal Nehru Park of Traffic Signs located near the beach is a place where children can learn traffic rules while playing. Cycling facilities for small children is provided with enough safety.

The unique star fish-shaped restaurant is another place where one can experience some lip-smacking sea foods. And dont miss Indian Coffee House if you are lover of the food joint.

If you are worshipper, the Devi temple near the beach gives that much-needed calm and inner peace.

Veli Tourist Village lies closer to the beach, and travllers can cover both the destinations on a single day. Valiyathura Pier is another beautiful spot to visit. Once used for transport of cargo, the pier is now extensively used by fishermen folks to laugh catamarans during rough weather. The eroding structure lies as the symbol of its lost glory.

The beach is located just behind the airport, and fliers have the advantage of time-they can plan a visit either after landing or before departing. Plenty of buses ply from Trivandrum Central Railway Station.