A Day Out With The Elephants

A Day Out With The Elephants 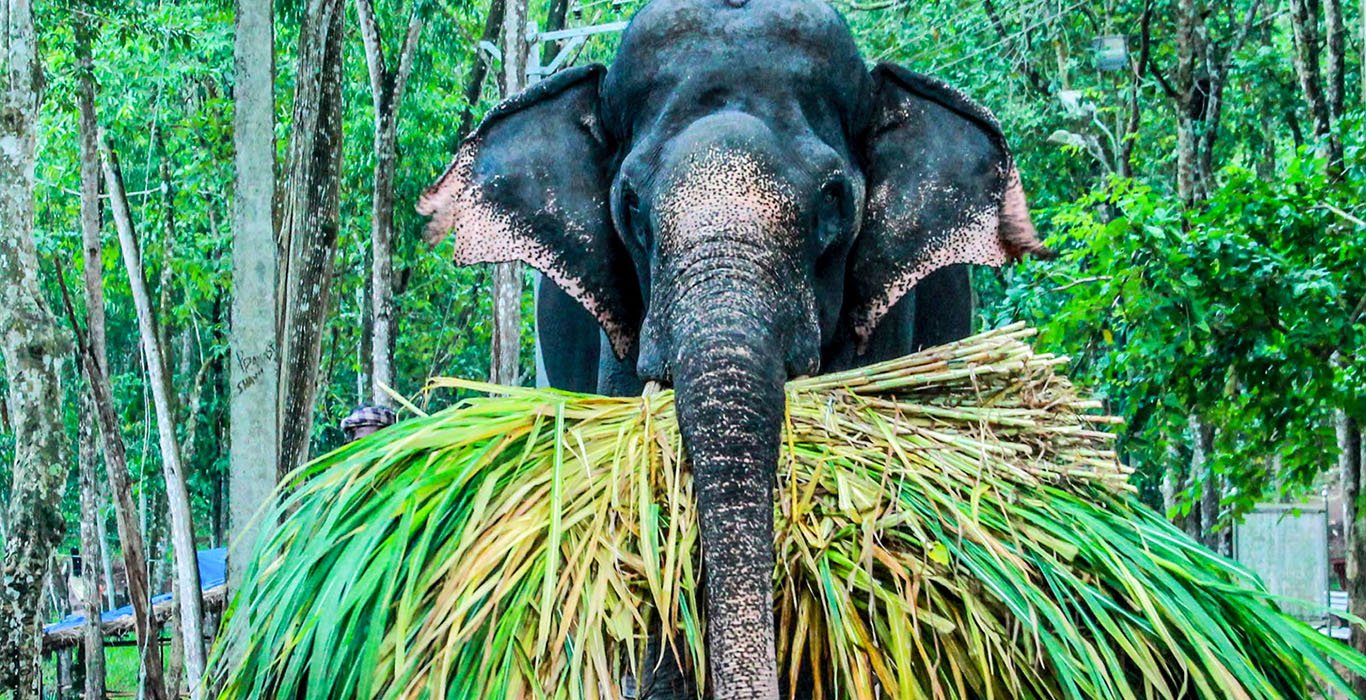 A Day Out With The  Elephants

Kottoor - A shortcut to jungle life

The sensational wonder ‘Bahubali’ is a matter of personal pride for every Malayali as the movie featured Chirackal Kalidasan, an elephant from Thrissur district in Kerala. However, the love towards elephants was always inherent in the rich Kerala culture. From temple festivals to the emblem of the Government of Kerala, elephants have occupied a place of privilege in the Malayali mind. This makes The Elephant Rehabilitation Centre at Kappukadu, Kottoor, Thiruvananthapuram - a must visit tourist site.

From the capital city, a drive of about 35 km along the Malayankeezhu-Kattakkada route leads you to Kottoor. It takes you away from the hustle and bustle of the city to a serene setting where the connection with nature is revived. Kottoor is also part of the Agasthyakoodam hill range in the Western Ghats. The travel to the destination itself is a fascinating experience with its rubber plantations and paddy fields on either side of the roads

As soon as we reach Kottoor, a sense of nostalgia strikes us. The murukkankadas (small shops) reminds you of the long forgotten tastes of naringa muttai, joker muttai (sugar candy varieties) and soda naringa vellam (soda lime juice). The traditional tea shops with its small glass almirah where eats like vada, sugiyan and banana fry await to be relished, offers refreshment after the tiring journey

The Elephant Rehabilitation Centre is a care and cure home for elephants. The centre rescues lost, abandoned or injured elephants, particularly babies, and rehabilitates them. An entry fee of Rs. twenty at the check post of the rehabilitation centre lets you in, followed by half a km walk within to reach the spot. Currently, there are around 17 elephants in the centre ranging from two months to seventeen years of age.

The main attraction of the centre is the elephant bath where the visitors are allowed to watch the daily routine of elephants. So the best time to visit the centre is in the morning between 9 am to 10 am. The royal bath of elephants in the Neyyar reservoir with Agastyar hills forming the backdrop is a mesmerizing picture. It was the mahouts shouting at their huge kids for doing mischief in water that startled the awe struck crowd. Podichi (2 years) and Rana (4 years) were two naughty elephants who were getting restless after seeing the visitors. However, a single “daa” from the mahout scared them and brought them under complete control. Mahouts bathe the elephants with extreme care cleaning each part of their body with coconut husk. Once the kids’ session was over the adults in the centre would reach the river for their royal bath.

After they are bathed, the elephants are given food. Each elephant follows a different diet that is carefully charted to suit their age. The specially prepared mixture of rice or wheat mixed with jaggery or minerals are given to each of them. The little ones made sure that their mahouts were playfully harassed for controlling them while bathing. To a visitor, however, this is a cute sight watching the biggest animal on land treated like a sweet kid.

It is the baby elephants at the rehabilitation centre that overwhelms any animal lover. The special space surrounded by fences had four baby elephants then. It was fascinating to observe how the mahouts treated them like their own kids. They were given baby drink (a mixture of cereals) in a large feeding bottle where all four were jostling each other for their turn. The baby elephants seemed very naughty as each of them tried to break the fence. The caretaker regaled visitors with the naughty tales of the baby elephants and said the four month old Arjun, the youngest one among the four baby elephants, was the naughtiest, as he was an expert in taking out money from the mahout’s shirt pocket. The visitors are allowed to get close with to elephants, provided they do not disturb the harmony of the place.

The elephants in Kottoor are brought in from different parts of the state. Some of them are caught injured from a forest pit while others were lost from their herds. They are given treatment and training to meet their needs themselves.

Apart from elephants, the other attractions in the centre are boating in a traditional changadam along Neyyar taking in the serene beauty of Agastya hills. The adventure lovers, with prior permission from the forest office, could get trekking packages as well. Visitors venturing into the Anchu Nazhikathodu forest area in Kottur have a greater chance of spotting elephant herds wandering in the forest. One can also spot wild boar, Nilgiri langur, giant squirrel, and many varieties of butterflies in the forest. There is an eco shop in the entrance gate of the rehabilitation centre that sells natural products collected from the tribal people in the forest. Honey, tamarind, oils and clove are some of the main products from the shop. In addition, there are cottages and tour packages which include camping that attracts tourists to Kottoor

Tourist spots that can be covered along with Kottoor trip are Neyyar dam, Deer Park and Crocodile Park which comes under Neyyar eco tourism.

Neyyar Dam, the gravity dam built in 1958 across Neyyar Lake, is one of the most popular picnic spots in Trivandrum. Three main rivers, Neyyar, Mullayar and Kallar meet here. A boating package from the dam (priced at Rs. 250), provides a ride in the river with a visit to the deer park and crocodile park. Lion safari is another adventurous attraction offered. Deer Park is an open space within the forest where one can spot many different varieties of deer in their own habitat. The crocodile rehabilitation and research park in Neyyar Dam is renamed as Steve Irwin National Park in memorial of crocodile hunter Steve Irwin. This centre is a farm that breeds and rears crocodiles. Currently, there are about 30 crocodiles in the park For researchers and students this is an ideal place to observe and study the behaviour of the giant mammals