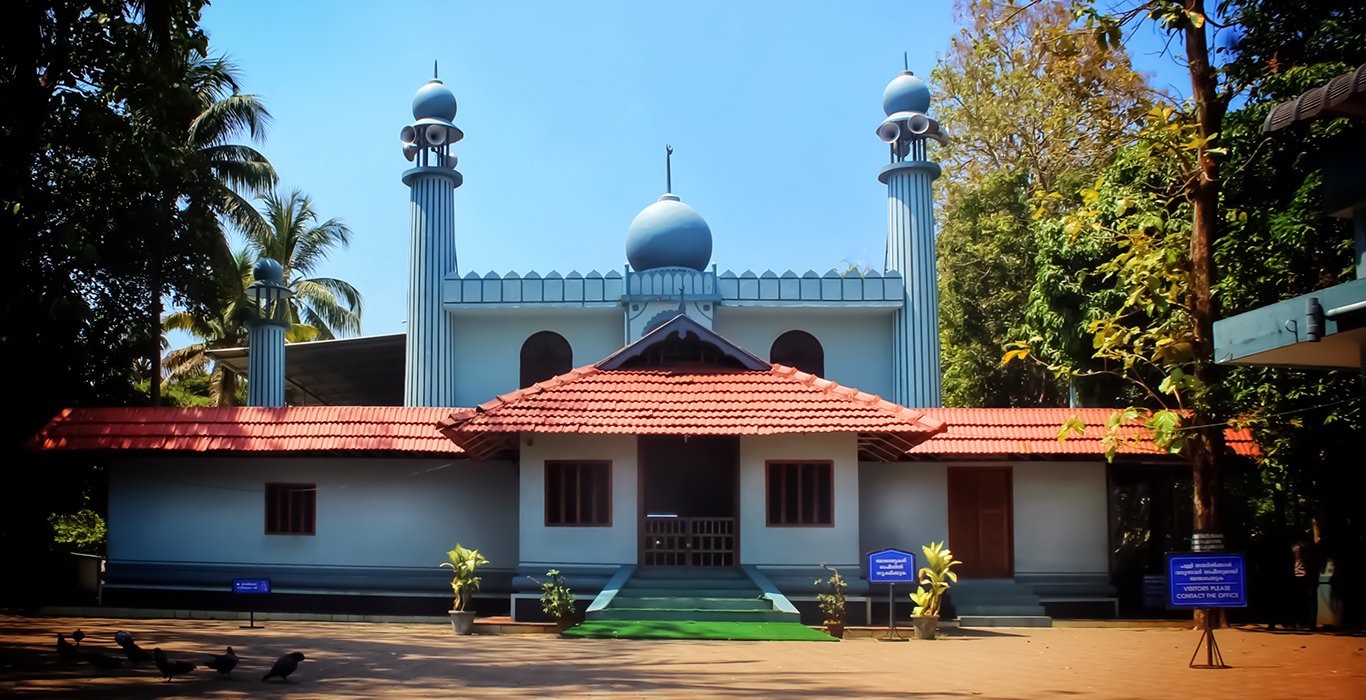 Brimming with stories to be told is this building sitting proudly in a place that was once the administrative centre of God’s own country. As a eulogy to the king after which building has been named Cheraman Juma Masjid, the mosque built in the name of the legendary king who converted to Islam and brought the religion to the land sits waiting quietly for its story to be told. Let us delve a little deeper into the history behind the first mosque to be built in India.

Beacon of harmony Built in 629 AD, the mosque is one of the oldest mosques in the world as well, not to mention the first in India. Tribal and regional variations abound on the origins and the details revolving around this particular chapter of history on Cheraman Perumal. Nevertheless, a common thread running along the tapestry of its history is that it all began with a strange dream the king Cheraman Perumal, who ruled this part of south India in seventh century AD had. Legend has it that the Cheraman Perumal once had a particularly strange dream of a moon splitting into two halves at the horizon. The answer came not from his court astrologers but a group of Arab traders who interpreted the dream as a message from the Prophet. Convinced to learn more about this, the king set sail for Mecca and embraced Islam. It is said that a couple of years later while on his journey home the king fell ill and passed away at Dhofar in Oman. Several letters which were written by him instructed his people back home to treat with care and respect Malik Bin Dinar and his companions, who then constructed several mosques in different places. The first one was built here in Kodungaloor and Malik Bin Dinar himself became the first Ghazi of the mosque.

Given its long years in service the masjid has been through some renovations over the years to accommodate the ever growing number of devotees. The mosque saw its first renovation sometime in the 11th Century AD, after which in 1974, an extension was facilitated by demolishing the front portion of the mosque. However, the sanctum sanctorum and the internal structure have been largely preserved giving due respect to the cultural importance the monument begets.

A silent witness to this harmony of religions is the oil lamp within the mosque, believed to be over 1000 years old. People from all walks of life and different faiths bring oil for the lamp as an offering, perhaps telling of the warm embracing culture of the people of Kerala. It is said that even during the holy month of Ramzan iftar offerings are made by the non-Muslim community.

In a glass casing within the mosque is a miniature replica of how the mosque looked eons ago, and the museum within also houses artefacts from the bygone era. Intricate carvings and lacquer work which are found on the minber, or the pulpit from where the imam delivers his sermons piques one’s interest along the way.

In the midst of all incredible styles of different architecture, legends, lore and history one can’t help but feel humbled by the beauty of harmony encompassing the place where different cultures and beliefs find space at the grand old mosque. Author of the Ivory Throne: Chronicles of the House of Travancore sums it up beautifully when he says that what the Cheraman mosque really represents is a vibrant tradition in Kerala of embracing not only ideas and people from around the world that came to its shores but also religions.

Port of importance The geographical placement of Kerala as a coastal region meant that international trade has always played an enormous part in its history and economy. Spices were one of the reasons the ancient world’s trading networks existed and made up the bulk of its commodity of export. It is said that almost as early as 3000 BC onwards Assyrians and Babylonians had been trading with Kerala. Muziris, as the legendary port was known as, was an important link and stopover of the Spice route. It was a vibrant and bustling emporium of trade between the east and the west.

Muchiripattanam, as it was also known, finds mention in Valmiki Ramayana and in Pliny the Elder’s Natural History where he speaks about the Muziris, an important Indian port that could be reached in 14 days time from the Red Sea ports in the Egyptian coast purely depending on the monsoon winds. Tragedy befell the region in 1341, when floods in the Periyar river basin and earthquakes in the region led to the loss of the port and the historic gateway to India went into oblivion.

The Muziris Heritage Project is an initiative by the Government of Kerala to revive and showcase the historical and cultural significance of this ancient port. The region which encompasses of different monuments and museums give a glimpse of the rich and vivid past of the region. The project, spread across five panchayats of Ernakulam and Thrissur cover close to 150 sq km and includes 16 historical sites including Pattanam, Palium Palace, the Paravur Jewish Synagogue, Mar Thoma Church etc. Visitors can tour them on a theme based circuit tour conducted as a part of the MHP.