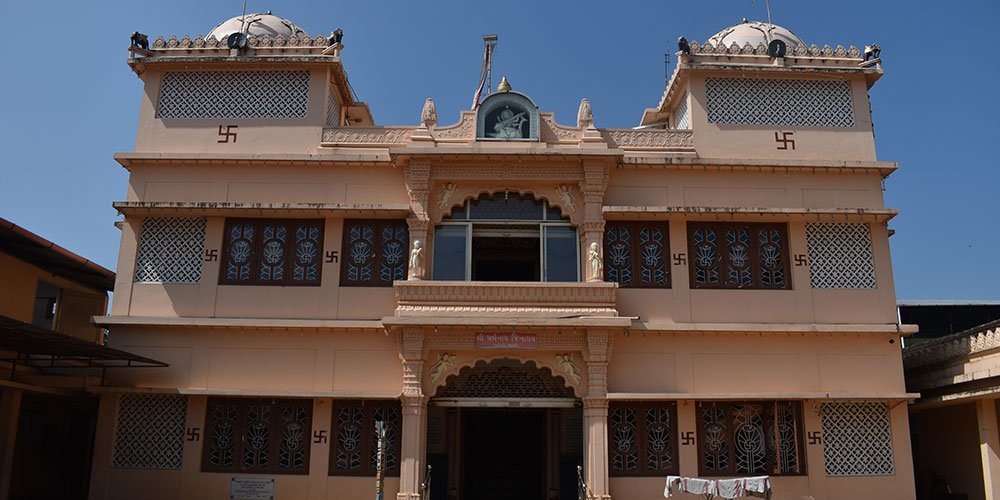 My morning kick started with a phone call from a friend of mine, who had just joined in an IT Company in Kochi. Being her first Sunday in Kochi, she wanted me to take her out to Fort Kochi, where the past meets the present. As, I had already been there several times, I was not interested to accompany her initially. But, not wanting to disappoint her, I agreed to go with her.

We took Metro till Maharajas and then hired a share auto to Ernakulam Boat Jetty. To our surprise we could travel to Fort Kochi at a cost of rupees 4 per head.  This is my first time going by ferry. I had used private buses for my earlier trips. My friend was excited and was enjoying the ferry journey which too almost 15 minutes to reach Fort Kochi.

She made my ears full by listing out the tourist spots that google come up with. Like what usually tourists do, we had a walk through the streets of Fort Kochi and finally  reached the Guajarati Street. Upon enquiry, one of the fruits sellers there told us about the Jain Temple. That was something new to me. So, we rushed in to the spot and found out the temple. 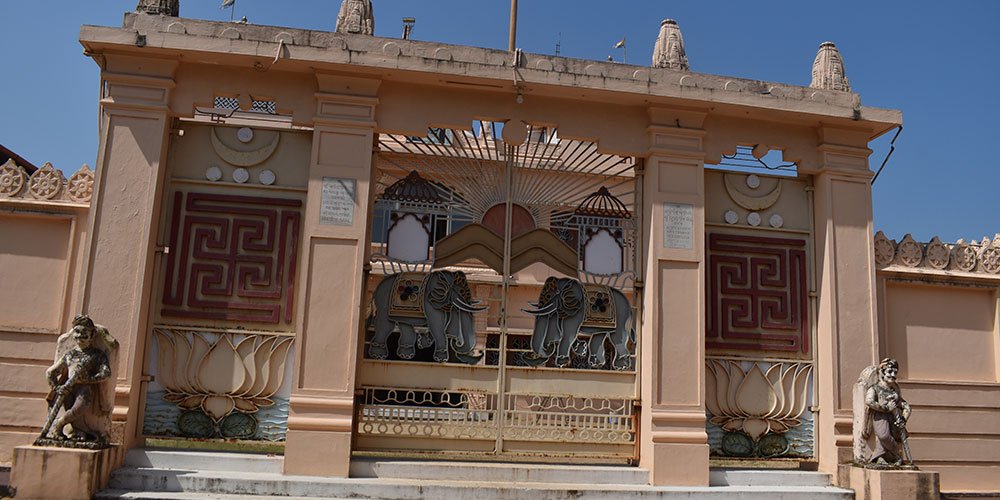 The Jain Temple seems to be a hidden serene beauty in Fort Kochi. It was our favorite visit of all the places in Fort Kochi, so we were a little surprised that many of our fellow travellers were not aware of it.  The only Jain Temple in Kerala dedicated to Sri Dharmanath, the 15th Jain Tirthankar was built in 1960. The temple complex is spread over a large area with various blocks constructed for prayers and as sites for offerings. The architecture of this temple is similar to the Jain temples of Gujarat. A lot of information is given there. But the magic happens at 12:30, the Pigeon Feeding. The pigeon feeding was a unique experience. It is believed that the pigeons take three rounds around the main Jain Temple. We can feed them on our own hands. It is a divine experience. 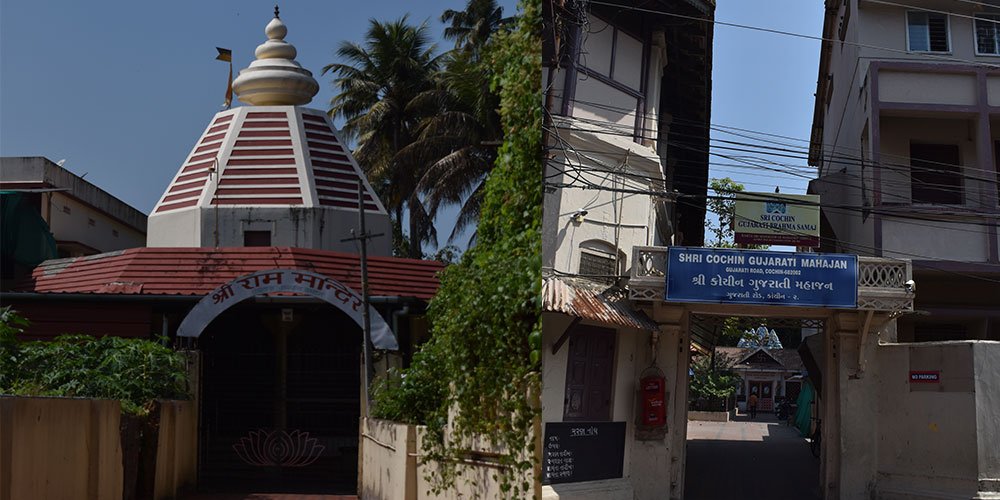 Jainism is followed by around 850 families in Fort Kochi. On my conversation with a Gujarati woman, I found interesting facts about Jainism. People who follow Jainism have their breakfast just after sunrise and  their dinner just before sunset. They do not in eat vegetables that grows under the earth. Jain rishis never use footwears or vehicles and they always carry a broom like thing to clean the area they walk, because they do not want to kill or harm any living beings.

The temple is colorful and has lots of cut stones in beige shade adding to its architectural splendor. The pillars here are carved elephant trunk (quite much like the Jain Dilwara Temple of Mount Abu). The whole marble interior of the temple is decorated with works of art and superbly arranged with the sculptured pillars and idols of Jain gods and Tirthankars. Unlike other temples in Kerala the worshipers get the opportunity to touch the idol and pray. They have a strange practice of writing or drawing Jain symbols with raw rice and then keeping sweets or money above that. In addition to the main Jain Temple, there are two other temples that the Gujaratis of Fort Kochi visits. 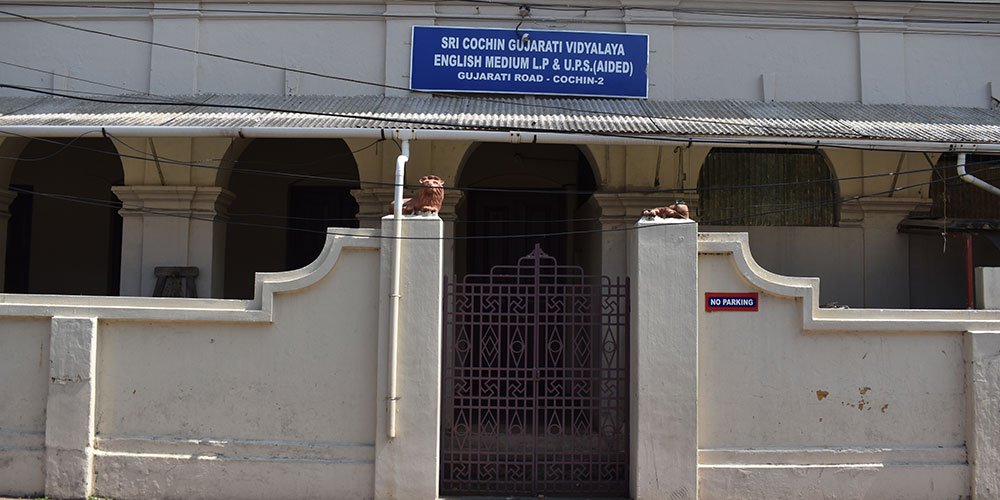 Gujarati Street
About 850 Gujarati families live here. Almost everyone does the business of exporting spices. It is said that the Portuguese had used Gujarati merchants as intermediaries in their trade negotiations with the King of Kozhikode and subsequently with the Maharaja of Cochin. They also sought the help of Gujarati merchants in procuring spices and other goods from the locals. The Gujarati settlement in Kerala, started in 19th century, when merchants started migrating to various parts of the state. However, they found Kochi perfect for settlement. The centre of their activity is Mattanchery, where the Raja of Kochi gave them land and special rights. The place where they set up their business and shelter are now known as Gujarati Street. This place is known as “Little Gujarat”. Though they have their roots in Gujarat, they are fluent in Malayalam. A walk to Gujarati Street is a feast to the eyes which includes spice shops, sweet meat shops, and typical Gujarati people wearing their traditional dress.

The very moment I entered the Jain Temple I realized that unplanned trips are more fruitful than the planned ones. We never know what gives us happiness at what time. Every place has its own unexplored hidden gem, but it depends on how we see it.