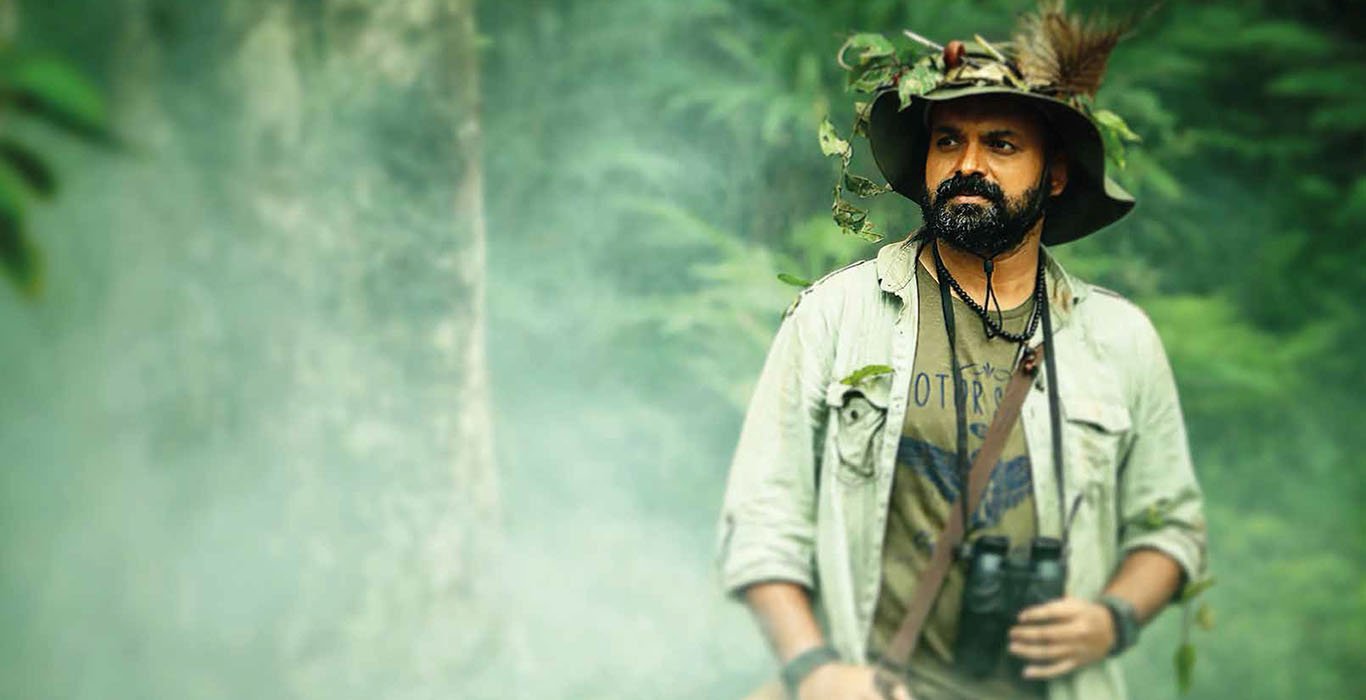 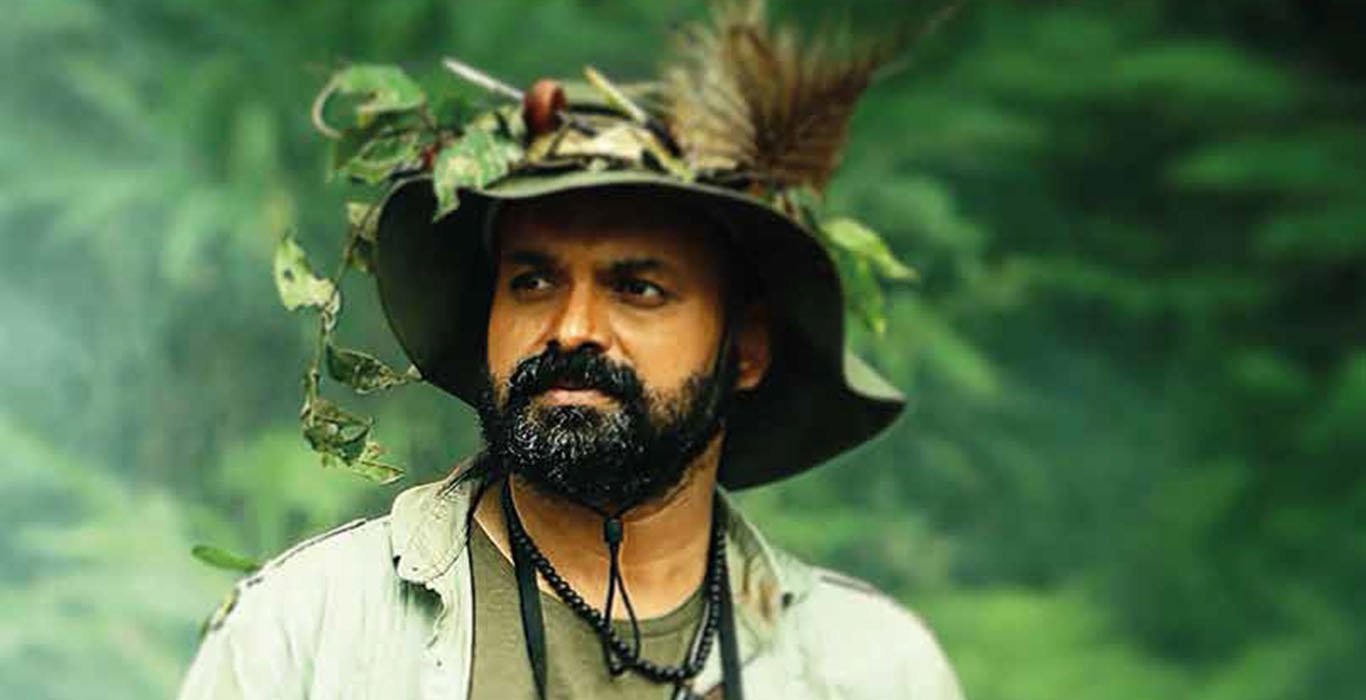 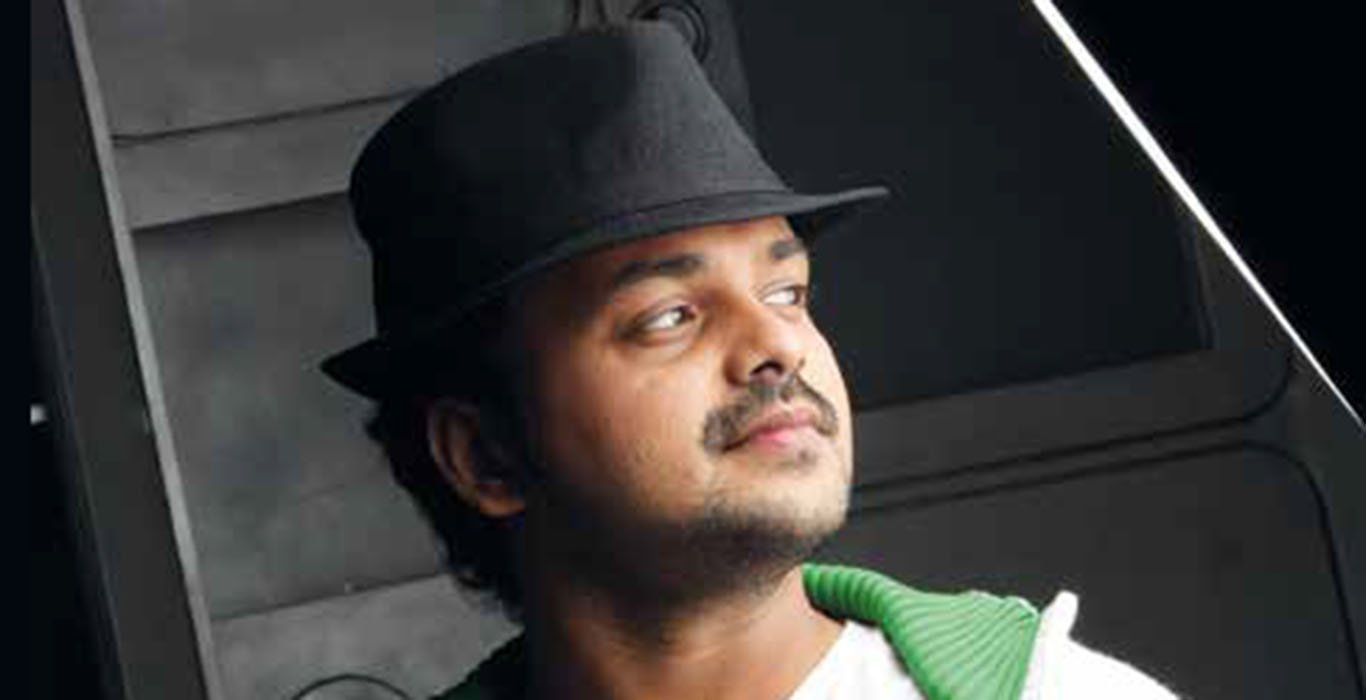 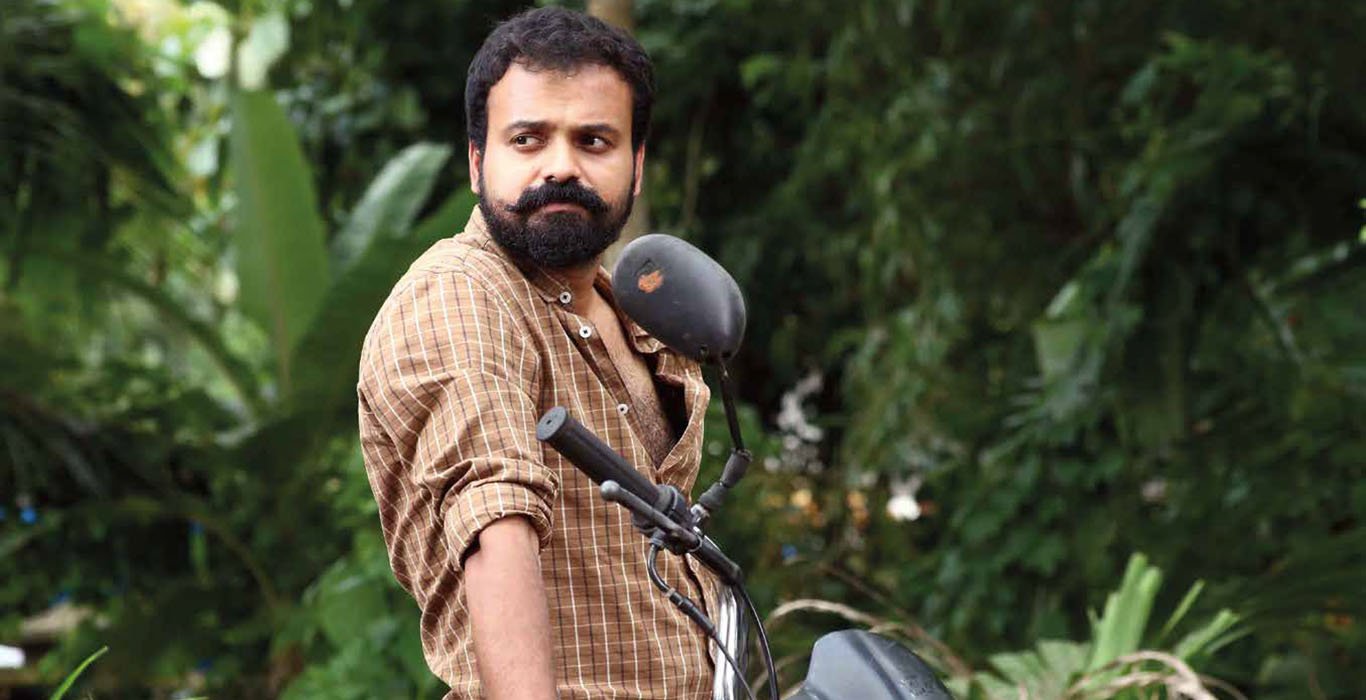 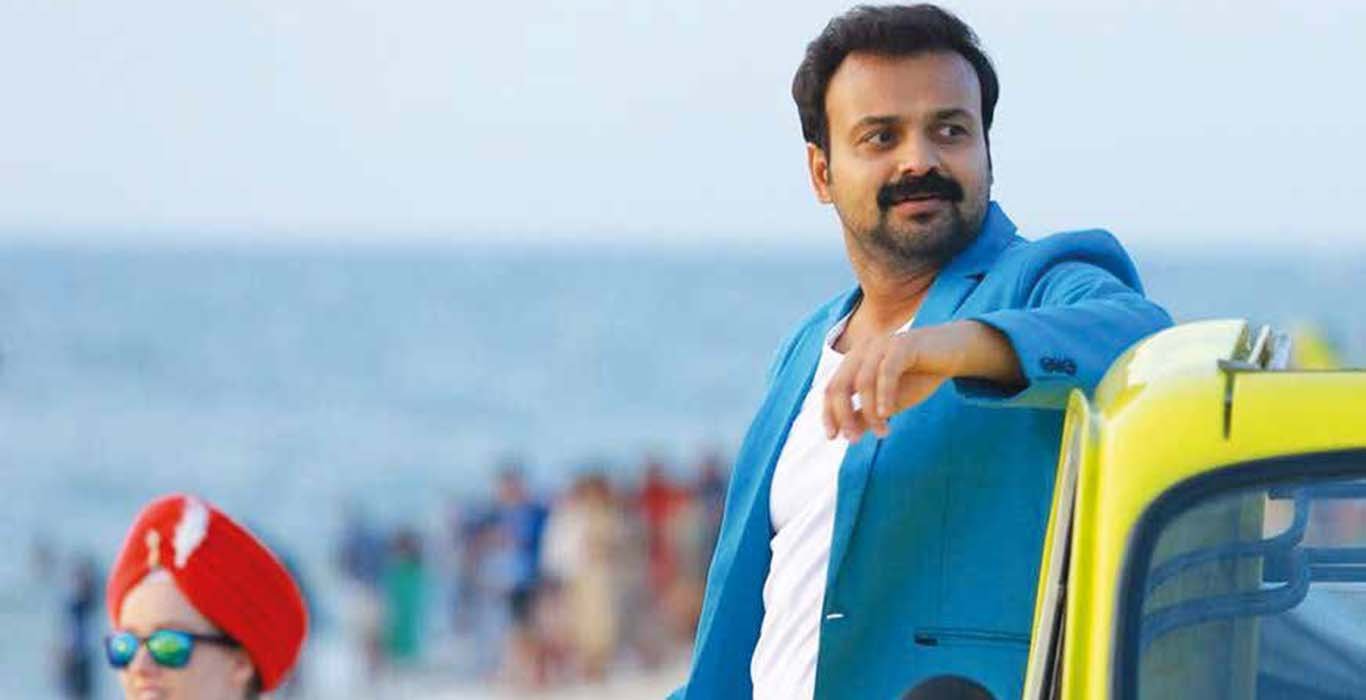 Untouched by time, The loving boy turns a classic

Udaya Studios, one of Kerala’s leading production houses at Alappuzha, helmed by Kunchacko was in its heyday. Like many other famous studios, its fortunes waned but what still remained evergreen were the memories of the superlative films it produced. After more than 70 years, Kunchacko’s grandson, Kunchacko Boban relaunched the Udaya Pictures banner by bankrolling Kochavva Paulo Ayyappa Coelho. The ‘ageless’ actor who still retains his boyish looks has reinvented himself to become what he is today- a bankable star who believes change is the only constant and that is what keeps him going. Kunchacko catapulted to fame very early in his career but the path ahead was not a bed of roses. When the going got tough, he took a break to contemplate and rediscovered himself in the process. The lessons from that self- exploration are what still keep him relevant today. In a chat with Kerala Travel Explorer, Kunchacko Boban talks about his exciting career and twists in life.

You were the chocolate boy of Mollywood, born with the proverbial golden spoon. But you still had your downs and even took a break from films. Who was instrumental in bringing you back?

Soon after my marriage, I realized I was getting the same typecast roles I had donned so frequently and also, some of my films were not doing that well. I felt there was that fire missing and I was feeling exhausted. I had also shifted to Kochi and my wife and I decided to study MBA. Then it so happened that we got into the real estate business wherein I had to meet a lot of people. Every time I got to interact with people, all they had to ask was ‘when was I doing my next film’. People were watching the re runs of my films on TV. It was my wife Priya who reminded me that people still loved and remembered my characters. Priya even went to the extent of feeling that she was responsible for my not signing any films. I staunchly reminded her of the fact that it was my decision to refrain from cinema since I did not feel the thrill or the excitement anymore. She enquired if I was still interested in acting and I replied that I was. So, thanks to her questions, I contacted directors Lal Jose and Shafi. I developed a deep friendship with Lal Jose and it was Lal who paved the way for me to come back to films by giving me a role that had me completely reinventing myself in Elsamma Enna Aankutty He advised me saying that films were an unreachable dream for the vast majority of people but that dream fell into my lap without me even trying or pursuing filmdom. He categorically told me it was arrogance on my part to turn my back to a rare gift like this. Those words sounded right and I decided to get back to where it all began.

The boat started moving and after a few minutes the weather completely changed. It started raining, became dark and waves started slamming the boat. It was like a scene from some horror film. Priya started screaming at the top of her voice. There was only one life jacket, which the boat driver had already donned himself

Back to the Drawing board?

I had to start from ground zero in my second innings, I did guest roles, character roles, special appearances etc. I tried to reinvent myself as an actor and not as a star. Elsamma Enna Aankutty provided the much need breath of fresh air followed by VKP’s Gulumaal which was a comic caper – a genre I had not tried. Then came Seniors, in which I played a villain and Traffic which was the turning point in my life. So things happened when I began to try new adventures in cinema and thus began a new process of learning, unlearning and rectifying my past mistakes.

The lessons you learnt?

2007–2011 was a period of learning and unlearning, when I understood many life facts like stardom is temporary- something that comes and goes in a jiffy. So in my second innings, I wanted to take it slow and steady and that policy has paid off. The directors who had faith in me helped as did the audience who reposed their faith in me. So yes, the journey has been a fruitful and long one.

Your criteria while signing a film?

I have worked with newcomers as well as established directors. New scripts attract me along with the chance to work with new people, new ideas and thoughts. So my primary focus is on scripts.

After production, is direction the next step?

(Laughs) The people who know to do it are doing it quite well enough, so let me stick to what I know to do which is acting. Maybe in two years. I am waiting for a good script.

You are someone who has travelled the world and there are not many countries you have not been to. Your wife Priya has been a constant companion. So what is your best travel memory?

(Laughs and confides) What comes to mind is a small trip that my wife and I took in Kochi. It was the time we were doing our real estate and we used to go around to see plots. There is a place in Kochi called Mulavukkad and we had to go there to see some land. So one evening, we boarded a small boat from the Marine drive jetty and there were just Priya, the boat driver and me. The boat started moving and after a few minutes the weather completely changed. It started raining, became dark and waves stated slamming the boat. It was like a scene from some horror film. Priya started screaming at the top of her voice. There was only one life jacket, which the boat driver had already donned himself. So in a dark, rocking boat with my wife screaming ‘I will die now’, somehow we managed to reach the banks of a small prawn kettu ( prawn farm) with a very narrow pathway leading to a very small makeshift shed. We both got in but could not dangle our legs in the water for fear of snakes. I could see frogs and centipedes moving about inside the shed  and hoped Priya did not. Somehow we made it through the night but I enjoyed the experience. The trip was just ten minutes from Marine drive but it turned into an unforgettable memory.

I had to start from ground zero in my second innings. I did guest roles, character roles, special appearances etc. I tried to reinvent myself as an actor and not as a star

The places you love in Kerala?

I love Kerala’s beauty, especially of the Kuttanad area. Once I took a bike ride from Kuttikanam on actor Indrajith’s Harley Davidson on a rainy, windy day.

I like Vienna and recently I went to Rome and what caught my fascination were their foods. I am a hard core foodie but I was not a fan of Italian cuisine but my visit to Rome changed my perspective to Italian food. Rome is full of history all around and I was there for only four days. So I am planning to go there again and explore its beauty once again.

How can one improve the tourism potential of Kerala?

One should start from the basics and that change should come from each one of us. That means from our home, our surroundings, our work place and our vicinity. Basic cleanliness should come from each one of us and only then will our society change. It is only when we go abroad that we realize how blessed Kerala is geographically. We have forests, mountains, lakes, waterfalls, beaches and hill stations. In places like Dubai, greenery has to be planted manually in that desert. We are lucky, we just need to maintain the bounty that we already have and not destroy it.

Johny Johny Yes Appa directed by Marthandan is a fun entertainer with commercial elements but is a thriller too. Mangalyam Thanthunanena by Sou Sadanandan is another film I am excited about. In addition to that, I have the upcoming Allu Ramendran too.