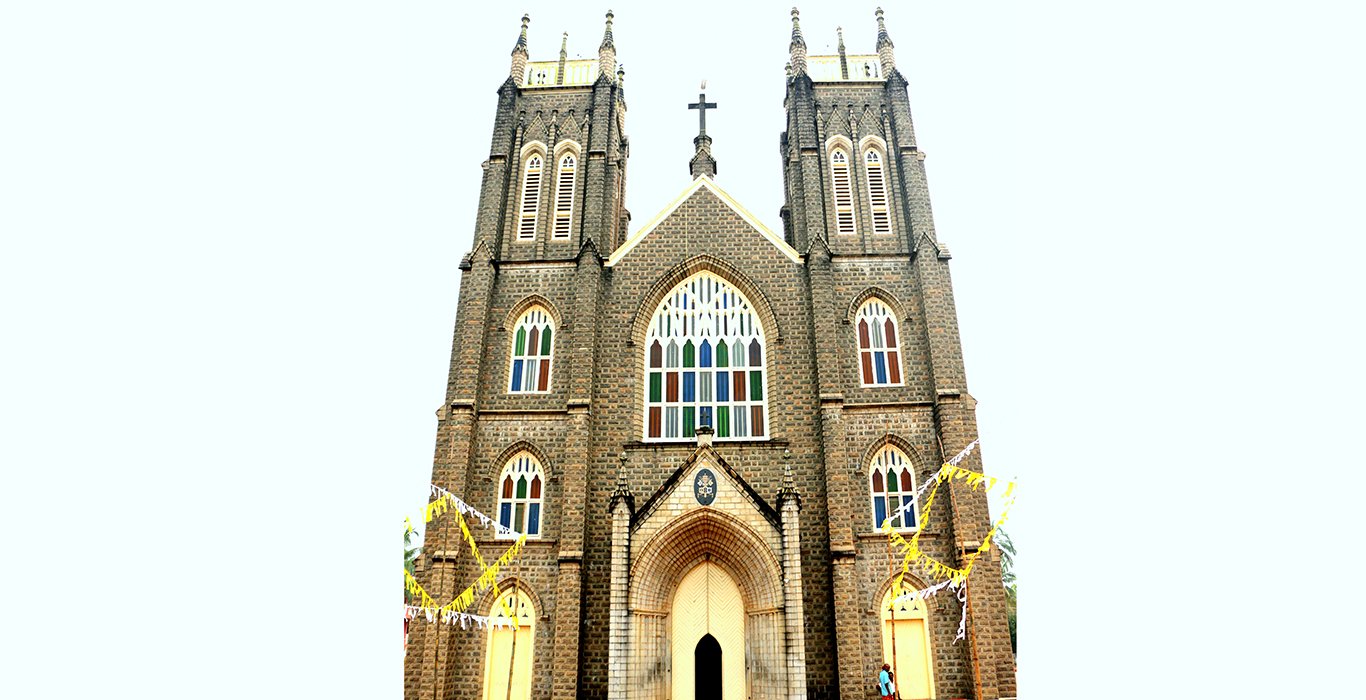 Apaean to the harmony of religions, the St Andrew’s Basilica is a magnificent monument in celebration of Christian faith, located off the trunk road between metros close to the beach in the quiet neighbourhood of a sleepy Arthunkal town in Allapuzha. This beautiful monument attracted me because of its striking scale and sumptuous splendour. Having had a history of convent schooling in Jesuit institutions through my childhood, it brought back memories of those primeval stone chapels I used to frequent during my school years. I could not resist the urge to enter this pristine Basilica to pay my obeisance to the Almighty and chronicle the stately grandeur of this palatial edifice steeped in ornate elegance celebrating Christianity. This majestic Basilica, officially christened as the Arthunkal St. Andrew’s Forane Church, is located in the Allapuzha District of Kerala. I shall briefly go over the evolution of this grand historic monument.

The church was originally built for a handful of Portuguese missionaries on a small scale, in the mid 1500s principally for their own prayer purposes. It soon required re-modelling in 1584, to accommodate the growing numbers of the congregation, following the rapid spread of Christianity in and around the area. The expansion work was entrusted to the very popular and venerated contemporary Vicar Fr. Jacoma Fenicio, whom the devotees fondly referred to as “Arthunkal Veluthachan”, which translated to mean “Fair Skinned Father of Arthunkal”. Then in 1640, eight years after Fr. Fenicio’s death, the church underwent another spell of renovation, this time primarily to reorient the entry to the shrine to a West facing orientation that overlooked the white-sandy beaches along the shores of the adjoining Arabian Sea.

The year 1647 marked a mention-worthy landmark in the history of the church. Arriving from Milan was the priceless lifelike statue of a bleeding St. Sebastian bathed in blood, pierced with arrows all over his body, depicting his untimely execution by his Roman masters for embracing Christianity. The figure was brought by sea and consecrated at the Arthunkal Church with great fanfare. The word of mouth propaganda of the arrival of this true to life statue aroused the curiosity of people of all faiths who thronged the church in swarms to marvel at the beauty of this mythological depiction. Stories abound of pilgrims who were overwhelmed by the opulent grandeur of this classic European sculpture. It is fabled that the Parish experienced a sudden surge in the number of disciples thronging the Sunday Mass after the arrival of this Statue.