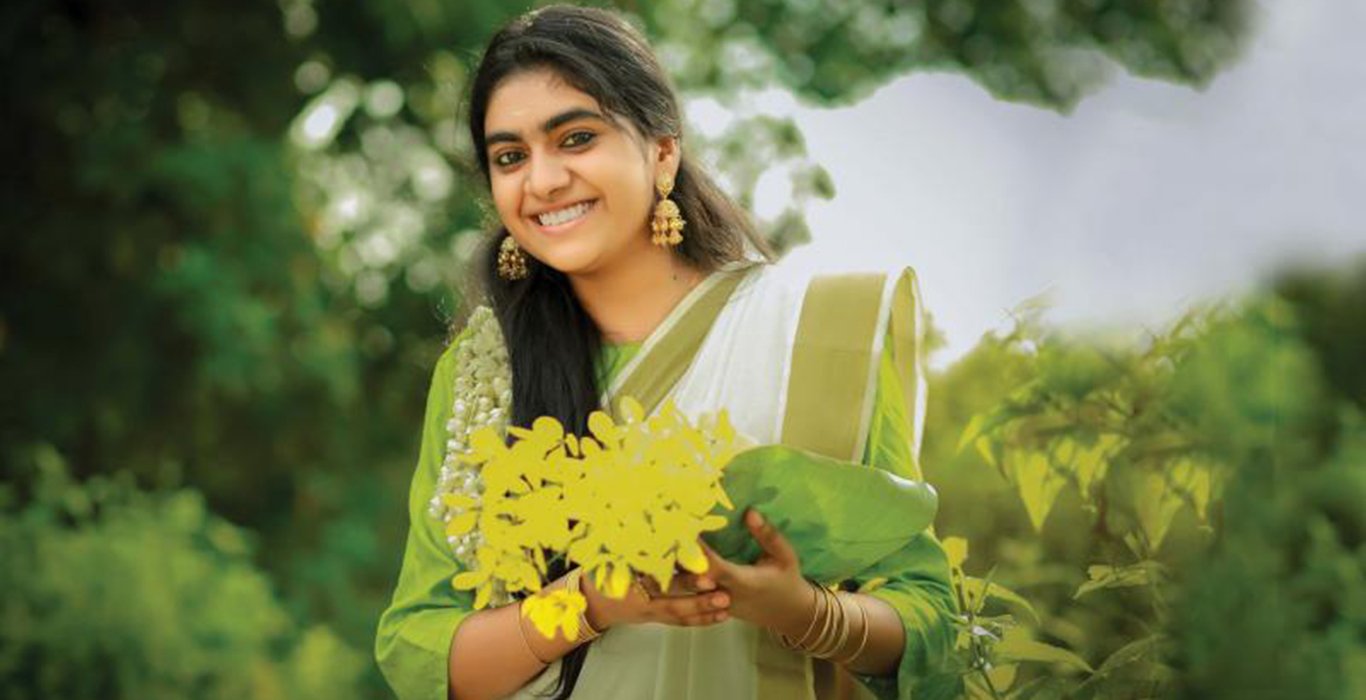 Her home base may be in aamchi Mumbai but Mollywood seems to be where Nimisha Sajayan’s future lies. The actor with the girl next door looks had a dream debut that most newcomers would kill for and even bigger laurels heaped on her that only her formidable acting prowess could bring to the table. Unlike many others of her ilk who claim that acting was an accident, Nimisha has no qualms in revealing that acting has always been her priority. The actor can only be called a girl woman -one who is still inhibited in her words and actions off screen with mischief writ large in her eyes but changes like a chameleon once the director yells action. The professional Nimisha who takes charge can then seamlessly slip into the skin of any character – be it the older Sreeja of Thondimuthalum Driksakshiyum who locked horns with seasoned actors like Fahadh Faasil and Suraj Venjaramoodu and still held her own. She has again proven that she is a bankable actor with her role of a lawyer in the Tovino Thomas starrer Oru Kuprasidha Payyan. Filled with laughter, innocence and candour, Nimisha takes Kerala Travel Explorer on a journey through her life and Priya S listens on.

Thondimuthalum Driksakshiyum is a film that crossed boundaries and clinched awards. How did you become a part of this film?
There was a casting call for the film which director Dileesh Pothen had posted on his Facebook page asking for a girl who looked 25-30 years. At that time I was just 19 but I still sent across my photos because it was a Dileesh film. Surprisingly I got a call and met the team. Born and brought up in Mumbai, I did not know Malayalam fluently and Dileesh asked me if I was not a Malayali to which I replied that I was. I was asked to act out a couple of scenes after which he told me that the film was in sync sound and that they wanted a girl with rustic looks. In parting I was told to learn Malayalam and that I had good prospects in the industry. I felt very sad and I still remember looking at Dileesh with sad eyes and leaving. I had lost hope but after four days I got a call asking if I was free and if I could come down for a look test. I enacted a couple more scenes and also did different looks with different hairstyles and costumes. I was given some churidars and asked to wear them at home to get used to it. Even then I was not confirmed and it was after three days that the confirmation came. I felt like I had hit the lottery.

Vaikom will always remain special to me because my career took off from there. I shot for Thondimuthalum Driksakshiyum there as also Oru Kuprasidha Payyan. The elderly people of Vaikom consider me as Sreeja and call me by that name. They do not know my real name and I love that special affection they have for me.

You were pitted against Suraj Venjaramoodu and Fahadh Faasil. Were you nervous?

I was never nervous because I was taken to the sets three days before to familiarise myself with the environment and the workings and also to mingle with the team. I got very friendly with everybody and so there was no nervousness at all. The first day of the shoot began with me and Surajettan joined four days later. He corrected my pronunciation and helped me with the dialogues. It was a week later that Fahadh ikka joined the sets. I remember how I kept my distance from him since he was such a fine actor and one day he enquired why I was ignoring him but was chattering to all the others, I answered that he was ‘the Fahadhikkaa’ and he laughed so hard. That broke the ice. The policemen on the sets used to sing with me and we used to dub smash together. It was such fun that even after my portions were shot, I still would not leave the sets.

Eada and Oru Kuprasidha Payyan has cemented your place as a bankable actor. Does that put pressure on you?
Pressure comes when you think too much! Every artiste selects a project with the belief that he/she will perform well and that the project does good. The audience will accept me only if I perform well but also true is that fact that tomorrow another artiste will come in and her film will do well and the audience will sing her hosannas. What I have come to understand is that fame is not permanent and so I do not pressurise myself. I just give my hundred percent.

Does your journey feel like a dream?
Actually no, because this recognition is what I was craving for a long time! What does feel like a dream is working with people like Dileesh Pothen, Rajeev Ravi, Suraj, Fahadh, Madhupal, Tovino and Shane. I always knew I would act in films but never with such prominent names.

You have recently moved to Kochi to pursue your film career. How different is life here from Mumbai?
Actually I have become vey used to Kerala. I like the people here and I am in a profession that I absolutely love so I do not miss Mumbai though I miss my friends there. I am close to actor Anu Sithara and her family here so that compensates.

Recently a video of you making porotta went viral. What exactly where you doing?
(Laughing) This was during the shoot of Oru Kuprasidha Payyan and the location was supposed to be Tovino’s workspace which is a hotel. I had a break and I do not like sitting in my caravan and was wondering what to do. I spied this chettan who was making porottas which looked interesting. So I asked him to teach me and he asked me to watch and learn which is how I ended up making those porottas. The incident was recorded by the crew and went viral.

Being a Taekwondo black belt?
I stared learning Taekwondo when I was in my nursery classes and earned my black belt in Class 8. I even took part in state level competitions representing Maharashtra but have lost touch now.

You are also a volleyball player?
Yes, I was active in sports because it also gave me a valid reason to bunk my studies (laughs). 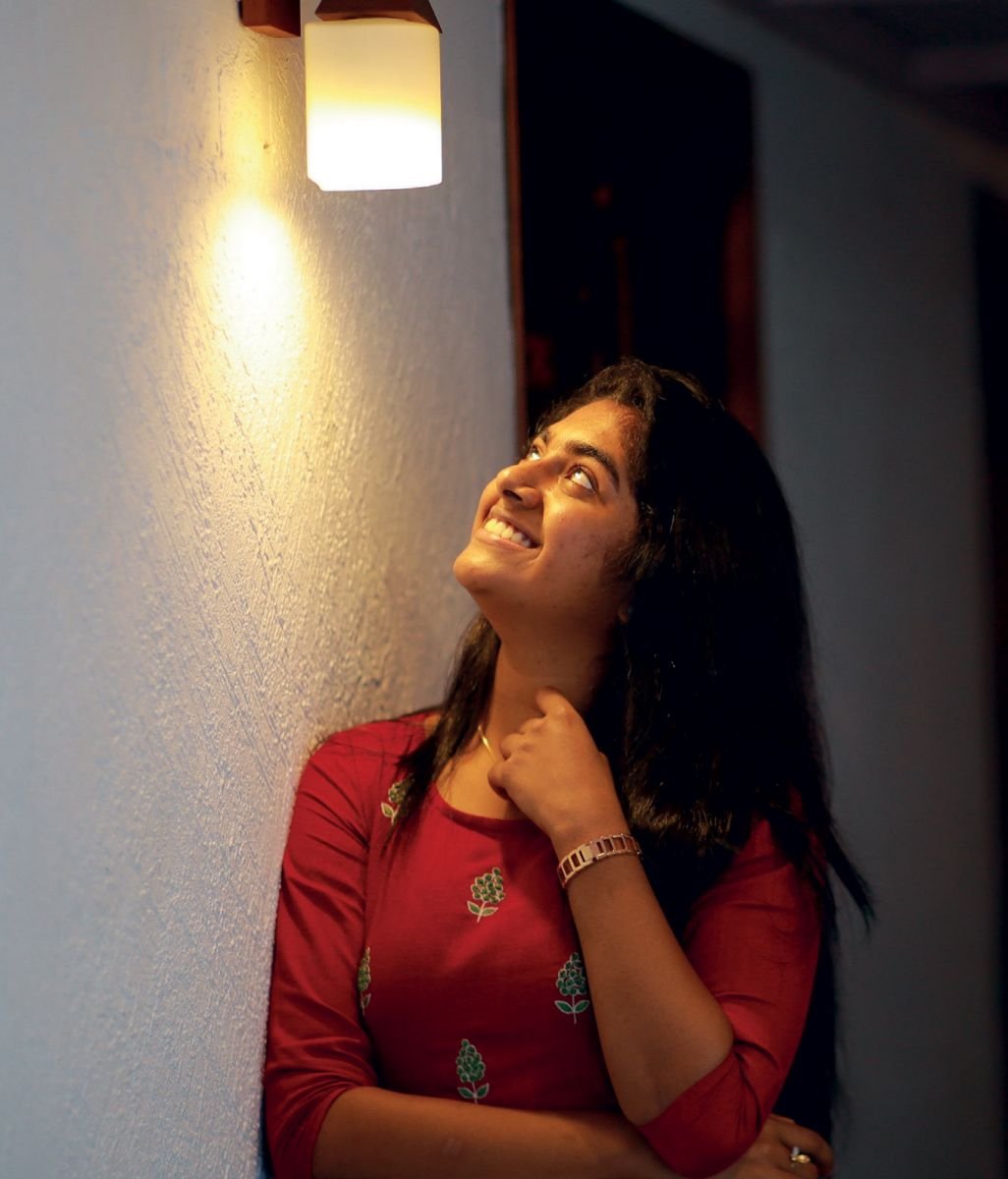 I have got the upcoming film Chola along with two other projects. I also have a Tamil film that I am considering signing up for.

Your favourite places in Kerala?
Wayanad is my favourite destination because of the people, food and greenery around. I find my peace there. Vaikom will always remain special to me because my career took off from there. I shot for Thondimuthalum Driksakshiyum there as also Oru Kuprasidha Payyan. The elderly people of Vaikom consider me as Sreeja and call me by that name. They do not know my real name and I love that special affection they have for me. In fact I am even asked if I am from Vaikom?

What really irks me is how the auto drivers fleece tourists and I have even questioned some drivers about the reasons for doing so. A tourist who knows he is fleeced will carry a negative impression of the state and that is degrading our country. Tourists are our guests and we should treat them as God.

What do you think needs to be done to improve the tourism potential of the state?
What really irks me is how the auto drivers fleece tourists and I have even questioned some drivers about the reasons for doing so. A tourist who knows he is fleeced will carry a negative impression of the state and that is degrading our country. Tourists are our guests and we should treat them as God. Another aspect that irks me is the garbage that is strewn around. The recent floods should serve as an eye opener to the reality that the garbage we throw into our eco systems were what were returned to us. So we better clean up our act!