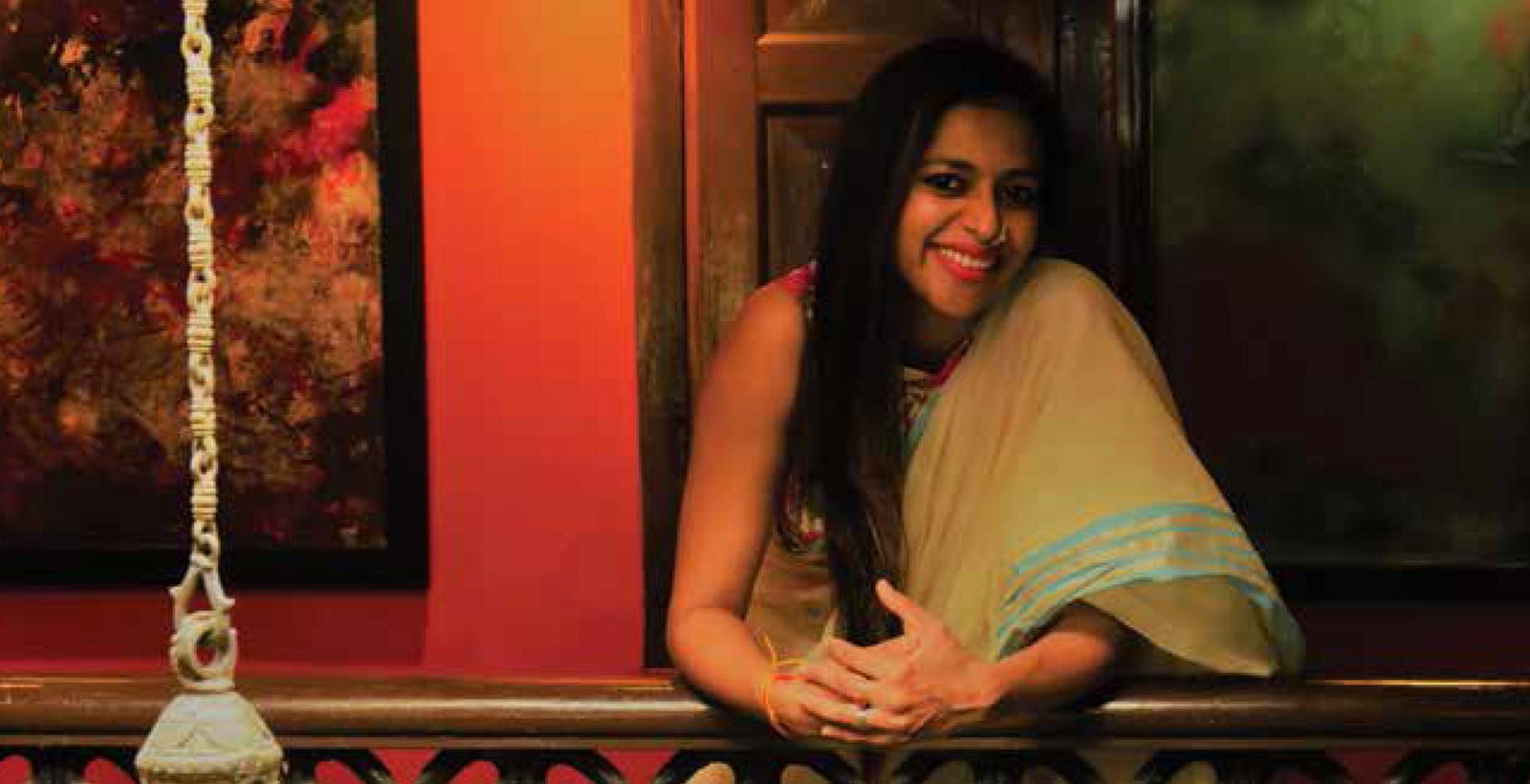 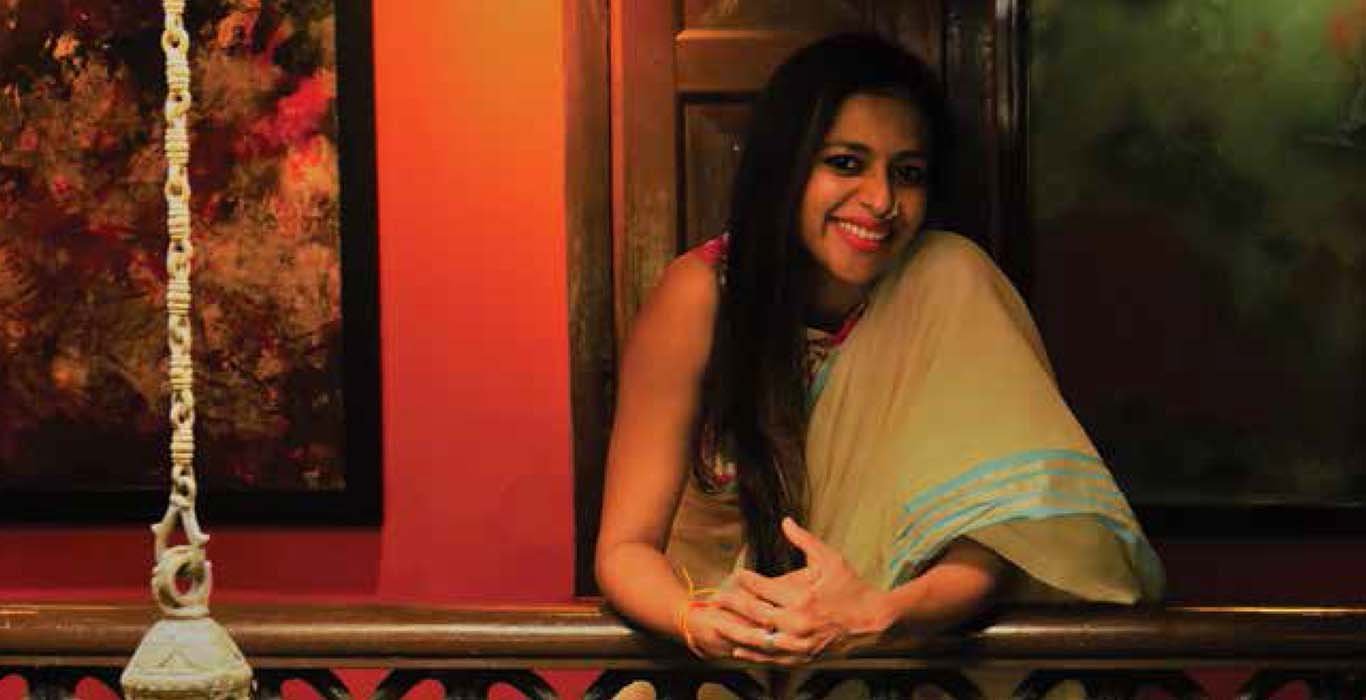 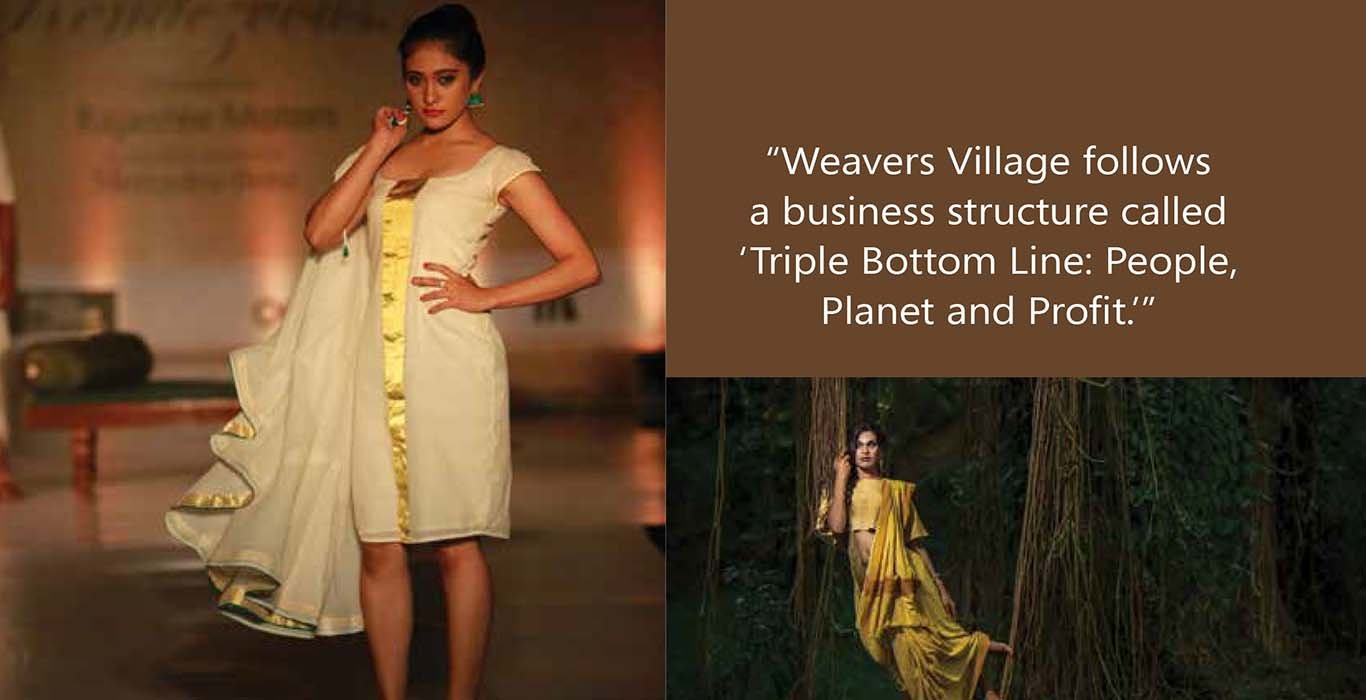 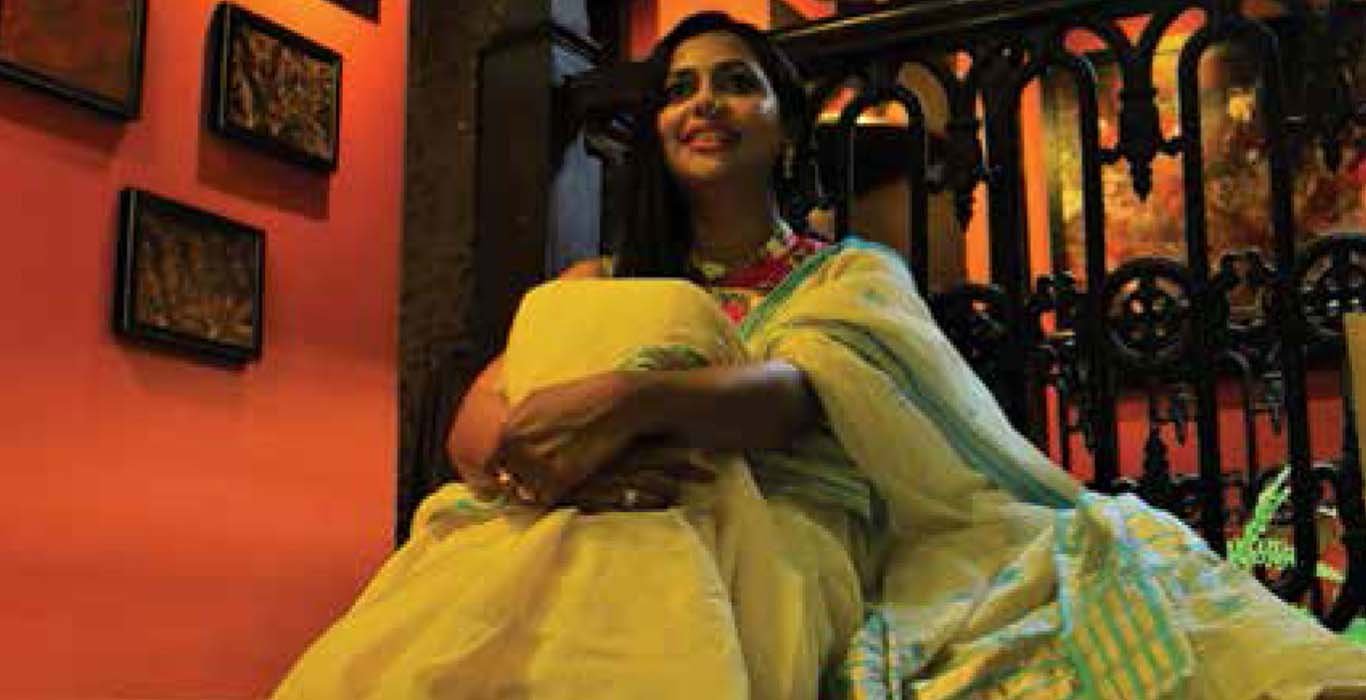 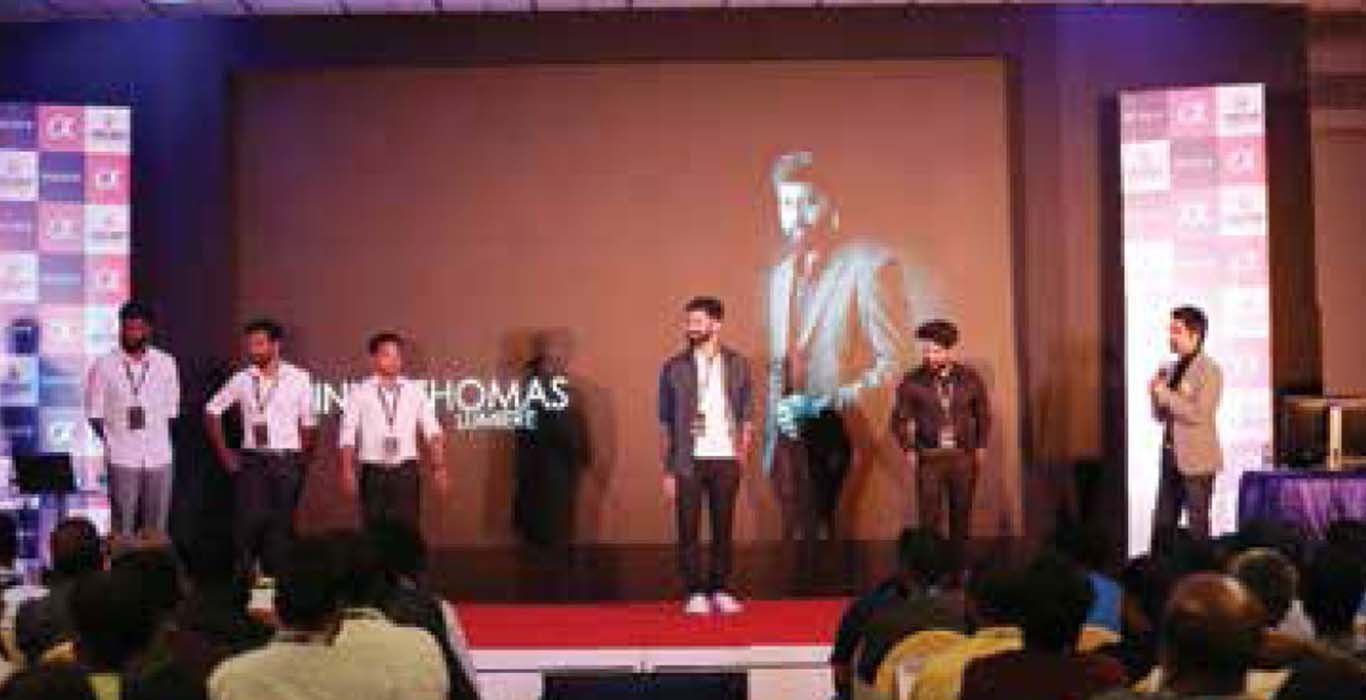 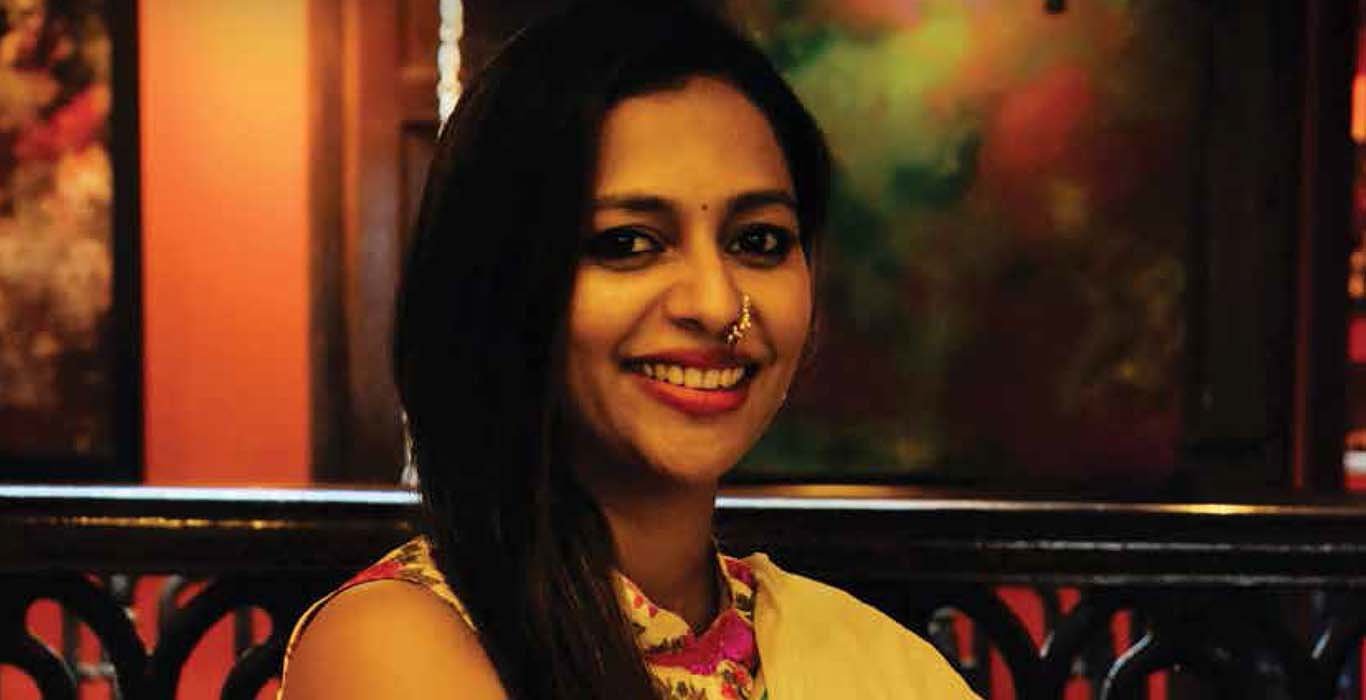 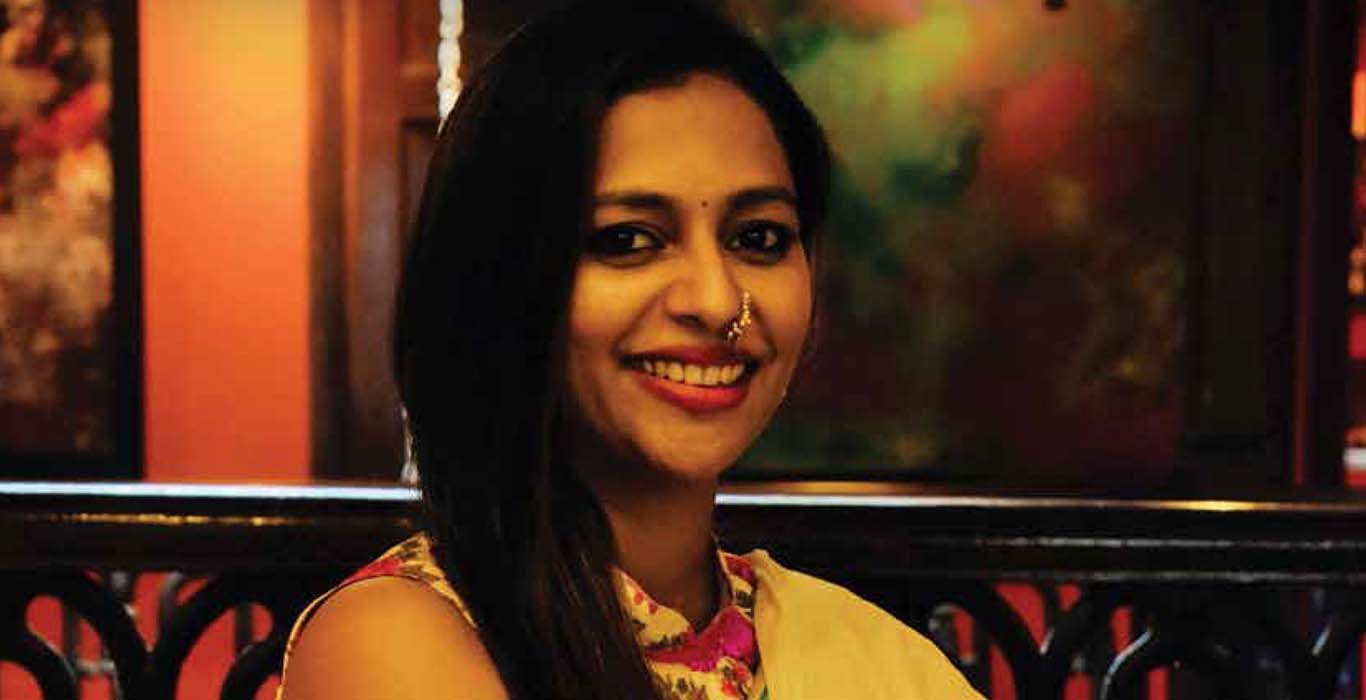 “Handloom is the pride of Kerala, we can’t let it die.”

The mysterious secrets of handloom remains hidden with the forefathers of this nation and it took a woman, wise and just to her roots, to reveal to this generation, the knowledge of handwoven and handmade products.

With quaint and traditional interiors, Weavers Village in Thiruvanthapuram with their outlet in Vazhuthacaud, has beauty and elegance woven together. With brass bells hanging at all the right places and turtles made from clay placed near the window panes, there is a permitted radiance emanating inside the house that commands anyone to fall in love with the ambience. This 150-year-old heritage house with many artefacts presented by Raja Ravi Varma, belonged to the historical novelist C V Raman Pillai. And hence, Weavers Village show cases both art, literature and sustainable fashion under one roof.

The store’s landline phone continues to ring with enquiries about the traditional pottery classes that are also being organised at Weavers Village, an enterprise that was started in 2012 with a rather peculiar idea; to bring back pit-looms in Kerala.

Sobha Viswanath, Founder of Weavers Village, with her kinesics epitomises those women whose aim in life are never to leave their dreams unrealised. Consequently, Sobha partnered with Sreeremya Sambath, and together they engaged in this venture of reviving handloom with candor and humility.

With a renewed courage and reassurance to help weavers and their vocation, Weavers Village has ever since been producing products using pit-looms; a few of the looms that Sobha herself found, collecting dust and almost ruined by mites, in the old ware houses of factories that have now switched to machine manufacturing for mass production of garments. As it turns out, Sobha is all about going back to one’s roots, and thus in this pursuit of reviving handloom, she is also trying to find her ancestral roots, which she believes to be in Chettinad, Tamil Nadu.

Handloom is, and for the present generation, a dying industry. Even with the self-confidence and effort from your establishment, was it easy to convince the local weavers to join hands in bringing back what was once the most profit generating industry for the nation?

Local weavers were disheartened when hand weaving was least opted. However, the realisation that all they needed was the right platform to promote them, made this venture a success. Through Weavers Village we are trying to revive the next generation of weavers by creating a market for value addition through handloom. The fact that handloom cannot be mass produced is what makes each product unique. When we pay the weavers what they deserve for their hard work, they in turn reach out to us, with new ideas and designs for enhancing the prospects of our venture, which we incorporate.

Fashion Industry has come a long way with waves of changes from boutiques to e-commerce which in turn has changed the demand from elegant look to chic.

Where is handloom’s position in this industry?

The boutique culture has been thriving in spite of e-commerce. Although it might be true that the profit share might have reduced by a notch. However, the niche crowd and the premium customers still prefer to see the garment in person, feel the fabric, and try them on, before making the purchase. And thus, on these lines handloom remains in demand. Weavers Village has its group of customers who keep coming back for more and through them we receive a new crowd.

The Royals of Travancore have and still continue to use handloom and handwoven garments. Did Weavers Village have the honour of making garments for them as well?

Yes, in fact, we had visited the palace and during one such visit, the Princess of Travancore told us, that her grandfather, the erstwhile Maharajah, used to distribute ‘Onakodi’ to everyone, and all of those were woven by the palace weavers. Weavers Village has been closely associated with the granddaughters and great-grand daughters of the royal family for whom we designed ‘Daavanis.’ The paintings of Raja Ravi Varma also portray women in handwoven handloom. However, the younger generation in the family have become more flexible with the designs. They have several times sought new patterns woven in handloom.

“It is unfortunate how those living outside Kerala can be easily be deceived with products made using power looms.”

You mentioned that Weavers Village believes in sustainability. Do you mean to say that the rest of the artificially manufactured garments in the country are polluting the nation and in turn the world?

Yes, of course. The process of chemical dying is polluting. That is why Weavers Village is practicing organic dying, Ayurvedic dying, as well as up-cycling which contributes to the society and to the nature. Weavers Village follows a business structure called ‘Triple Bottom Line: People, Planet and Profit.’ Whatever we design, whoever we include, we make sure to help someone through it. It is a social responsibility.

“We have used this platform to empower women through vocational training, educating the girl child, and sharing our knowledge with them.”

Are the youngsters’ who have contacted Weavers Village keen in learning weaving? Weavers Village has been a part of a lot of social activities. We have used this platform to empower women through vocational training, educating the girl children, and sharing our knowledge with them. We have helped people who have been distressed through natural calamities as well as women and children with a painful past. Weavers Village has been teaching such helpless women - bag making, pottery, and weaving, through which they themselves have become entrepreneurs.

“The niche crowd and the premium customers still prefer to see the garment in person, feel the fabric, and try them on, before making the purchase.”

Using the terms ‘ethnic’ or ‘hand woven’ or ‘pure handloom’ for all their products?

I have always been against this practice. Even Balaramapuram in Thiruvanthapuram which claims to produce 100 percent cotton and handloom, fail to deliver their promise. It is unfortunate to see how those living outside Kerala are easily deceived with products made using power looms. And, their prices however at the same time are much higher than real handloom products. So, through our venture we hope to educate more people about handmade handloom garments.

What’s the new project that Weavers Village is planning to take up?

We have been listening to a lot of disasters in Palakkad, Kerala especially when it comes to health related issues among women and children. In association with Kerala Tribal Development who approached us, Weavers Village was part of five camps organised across Kerala. This is a three-stage programme wherein tribals will get to understand several kinds of handicrafts. We plan to involve people from various hamlets and educate them about the possibilities of handwoven and handmade products. During the first visit, we were able to give awareness to tribal women on vocations such as bag making, jewellery making, and even teaching them how to weave in turn empowering them and building their confidence to become ‘employable’ or even self-employed!