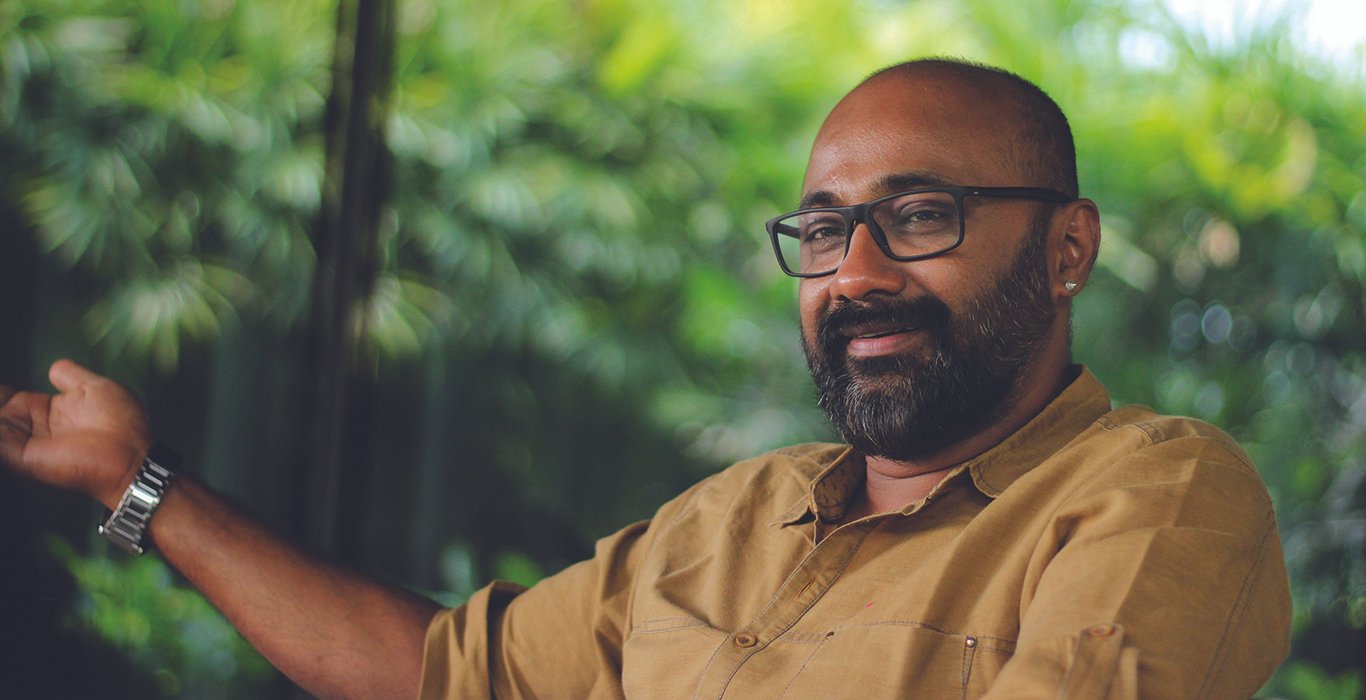 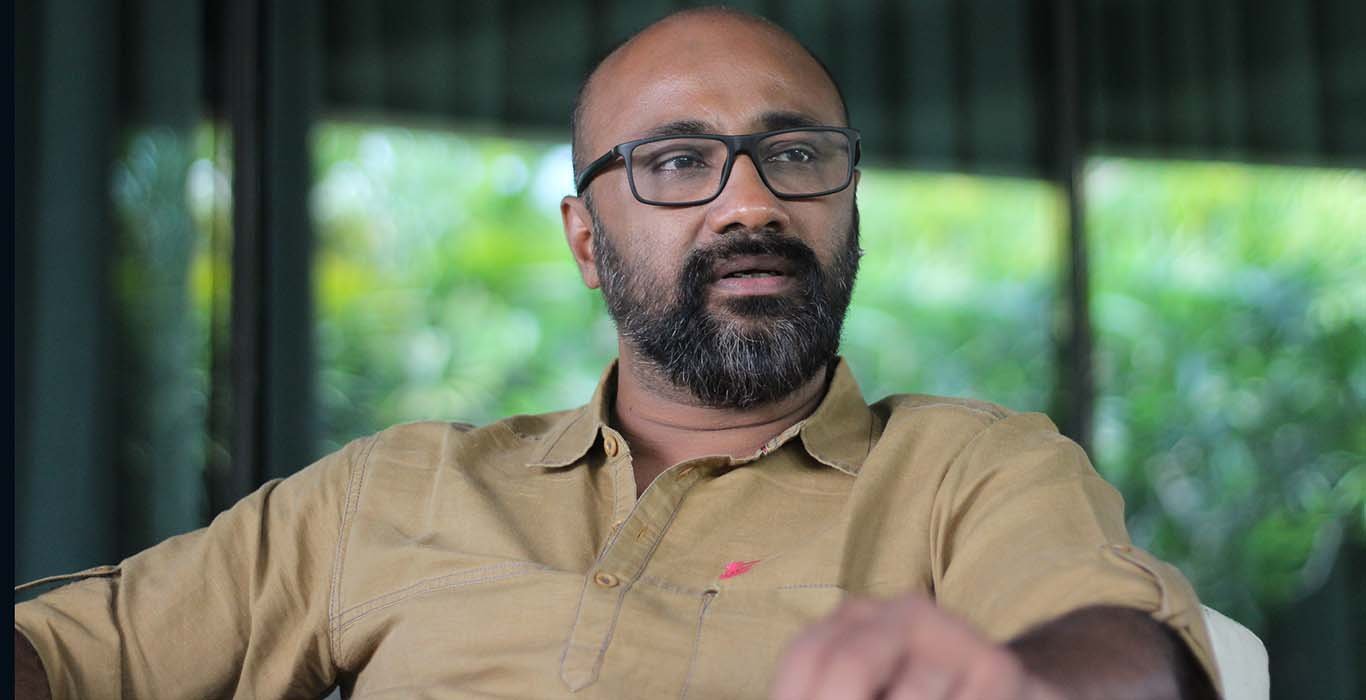 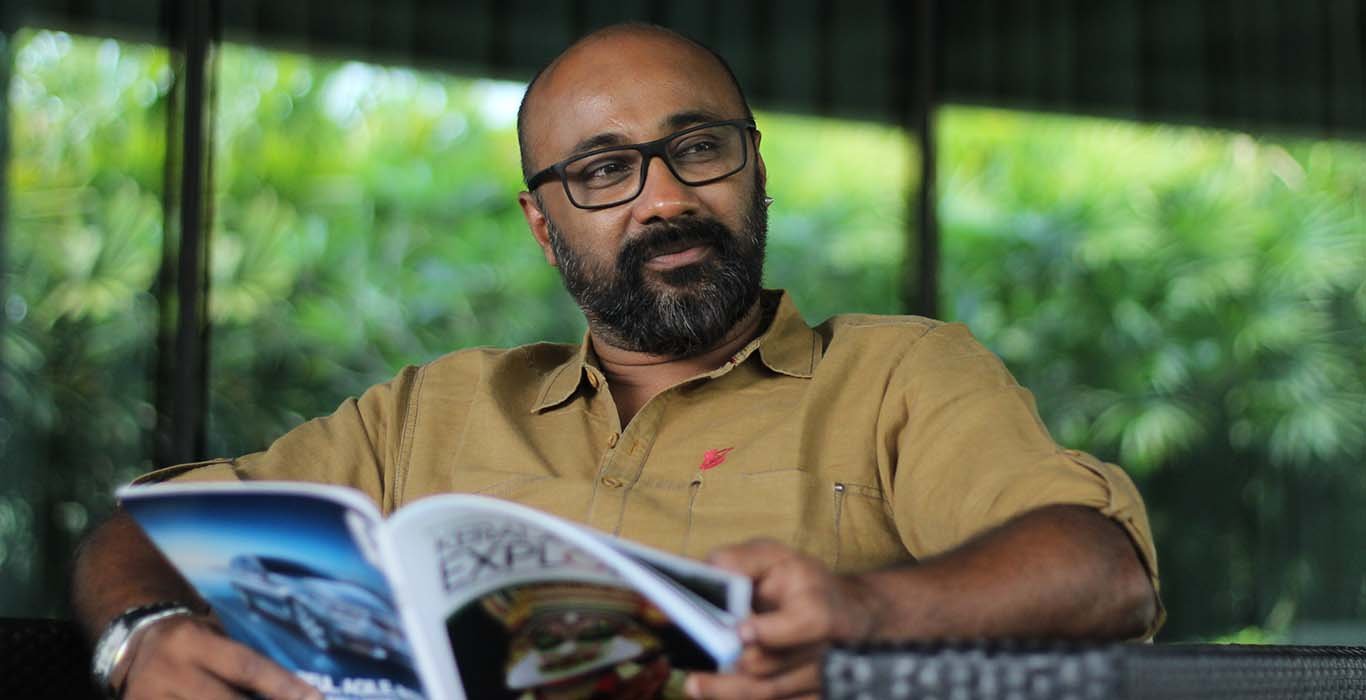 With an impressive line up of work as a Director of Photography in the South Indian film industry, Sujith Vaassudev is now widening his horizon and establishing his name as a director to be reckoned with. Sujith is best known for his work as the Cinematographer of the films, Memories and Ayal, for which he won the acclaimed Kerala State Film Award in 2013. His directorial debut James and Alice opened to mixed reviews but eventually fetched him the Kerala Film Critics Award and has become a popular film on the DVD and TV networks. His new directorial venture, Ottorsha, is about to start production.

Sujith, a talented artist from his early years, stumbled into cinematography after many encouraging comments from family and friends who recognized that he had an eye for photography. Working as a camera assistant for leading television serials where he honed his skills, he worked on several serials for mainstream media. Cinema was his passion and movies happened eventually. His distinguished filmography as a Cinematographer lists films like Chevakar, Molly Aunty Rocks, City of God, Memories, Drishyam, Anarkali, Ezra, and 1971, among many others. Married to actress Manju Pillai, granddaughter of the late comedian SP Pillai, the couple have a daughter called Daya. Kerala Travel Explorer catches up with this talented film maker on his thoughts on travel, Kerala and his movies.

How did cinematography happen? Is it something you have been keen on since childhood? I have always had a passion for scenic beauty ever since childhood. Sunrises and sunsets at the beach always captured my imagination and I think all of this may be why I eventually chose cinematography. Back when I was in the 10th grade, one of my cousins had an old Zenith camera, which I used to try out and capture interesting frames with. My photographs were appreciated by my family and friends who soon realized that I had a sense of frame and encouraged me. This gave me immense confidence and you could say that there was no turning back from then onwards. Back in those days itself, when helping with group photographs, I used to set frames which would bring in some interesting element into the photograph. I decided very early on that this was going to be my bread and butter. I knew deep inside that I would get into the technical field of cinema one day and I did. Though I did start out as an artist, I am no more friends with colours and paintings like I was before. All these have played their part in influencing my decision to move into the world of cinematography and cinema.

How did you become a cinematographer? Did you pursue any course in Cinematography or Direction? Would such a qualification be necessary? I always tried to learn from different people and other resources about cinematography. But I have never had any formal education on the same. I wanted to study the theory of cinematography, but unfortunately for me, they wanted students from a science background, so that came in the way and I never got a chance to pursue it then. But today the scenario is different. There are umpteen numbers of courses for people to choose from and pursue. Back in those days we only had the Pune Film Institute for such fields. Although I have not had any formal education on cinematography, I guess my repertoire of work speaks for itself.

How did you transition to a Director? Was it an easy or difficult process? How was the experience with your first directorial venture James & Alice? It was not at all easy. I had been waiting to do a movie like James & Alice because nobody in the Malayalam film industry had attempted to make a movie like that before. We enjoy Hollywood movies which come with such themes. I have always had a fascination for Robin Williams’ movies, which are commercial, but at the same time have something that set them apart from the others, making them unique and memorable. Directing is not a very tough job in itself I feel , or may be, because I love doing it, I don’t feel the stress involved. Cinema is a field where we can visualise our perspectives and that’s the reason why I felt I should try my hand at directing movies.

As a cinematographer, you are responsible for creating the visuals that translate the director’s vision of the story onto celluloid. What stories excite you the most as a cameraman? How about as a director? Good Question! When a director is directing a movie he spends lot of his time and energy in bringing out the visuals as perfectly as possible. Usually movies are made from a single thought process and to convey that to another person is very difficult. The other person may not understand the depth of the storyline in the same manner. To grasp this crux is very challenging, and that is what makes cinematography very interesting. My aim has always been to understand it well and make the best visuals to portray the story. Due to the challenges involved, it is not everyone’s cup of tea which is why some have succeeded and some haven’t.

As a director, the options are limitless. Take for instance reading; I like reading all kinds of books, sometimes it may be fiction, sometimes non-fiction or sometimes I love reading magazines too. It is the same here as well. So this is why I do movies of different genres most of the time.

Your surname is spelt in a different way, which gives the impression that you believe in numerology. Has numerology helped in furthering your career dreams? No, I don’t believe in numerology or astrology. Diphan, one of my good friends, had his name spelled according to numerology. If it had any truth in it, he would have been alive with us. I started spelling my name that way out of curiosity. Our then production driver told me that he knew numerology and after some analysis he told me this name would be better. The fun part is that I received my first National Award for Ayal and Memories before I changed my name. So I don’t think numerology or astrology have anything to do with success. If that was true, then everyone could just meet a numerologist and get everything they want.

“ Cinema is a field where we can visualise our perspectives and that’s the reason why I felt I should try my hand at directing movies.

Which is your favourite holiday destination in Kerala? Since the interview is for Kerala Travel Explorer, I would like to name a lot of places but I’m biased towards the Alappuzha Backwaters because of its scenic beauty with the house-boats and calming waters. I love Alappuzha more specifically because of the memories associated with the place, as I shot my movie Ayal there. After the shoot in the evening we had to travel for about an hour and the journey was an amazing one and the memories connected with them are also wonderful. I also like Munnar and Wayanad. Apart from these, I always try to enjoy the places I visit and make it a point to explore places wherever I go.

Out of ten how much would you score yourself as an actor, director and cinematographer? I am not the one who should be scoring myself. If I score myself ten out of ten then people would call me a ‘self praiser’ and if I score myself five on ten then they are bound to say I have no confidence in myself. So, like in school when we answer questions for any exam it is the teacher who evaluates us. Same way I think the audience should score me. I’m curious as to what that score would be.

Films are shot in a variety of locations these days. Tell us about the most memorable location you have filmed in? Which was the most challenging? There are many, but I should mention the movie James & Alice. In the movie, I wanted to bring a feel of heaven so I chose Kutch. The scenes are a combination of white and blue and those who loved the movie said it was an amazing frame. I too felt the same from the very beginning and I wanted it to keep it real rather than rely on graphics.

Another memorable location is also from the movie James & Alice, for a scene that we shot in Anchuruli, Kattappana.

We had heavy equipment with us and the art department also had their equipment. We had to carry all this through the forest, down an incline, for close to a kilometre and a half on foot. The locals were very helpful and it was also an exciting experience to shoot there.

Anarkali was a challenging shoot because it was shot on three different levels. One was under water, while another was from a helicopter and finally on land, that too in a place like Lakshadweep. Never before in Malayalam cinema had anyone shot that way before. It was a risky decision because if something were to fail, then we would have to bring the equipment again from Kerala and that would take another two to three days. But everyone on the set cooperated and the movie came out well.

“There is a good amount of dedication involved for any job that anybody does and that is the same for us in this industry as well. My job is to make dreams come true through the stories or visuals in the movie.”

Kerala is a much sought after film location in Indian films. And yet, many films from other places concentrate on clichéd locations like Thekkady and Athirappally. Are there lesser known locations in Kerala that you feel should be promoted more? How can this be facilitated?  Kerala has got a great opportunity in the tourism industry. There are plenty of places in Kerala which are yet to be explored. Movies are shot in these clichéd places because the problem lies with the cinema industry itself. If we shoot a movie in Thrissur, the entire crew will get lazy to travel to Kochi for another sequence because of the travel and delay of time it takes. It is true, but Mani Ratnam movies were shot from Kashmir to Kanyakumari, which give a greater perspective. Like I said before, Kerala has got plenty of forests but nobody has ever shot anything even close to it. Other states in India do a lot of promotion to attract people. Why don’t we do the same? We should promote our places too.

Is there any place that you dream of filming in? Like everyone, I could give a clichéd answer like Bali or Switzerland because any cinematographer would want to explore all the places and shoot there. But I feel we should first explore Kerala as there are many places of great potential which are yet to be discovered.

How would you describe yourself in one word? Lucky. I am lucky because I have a happy family, a loving wife, a beautiful daughter, and great friends and I get good movies too. Overall, I would say I am ‘lucky’ in one word.

“I am biased towards the Alappuzha Backwaters because of its scenic beauty with the house-boats and calming waters.”