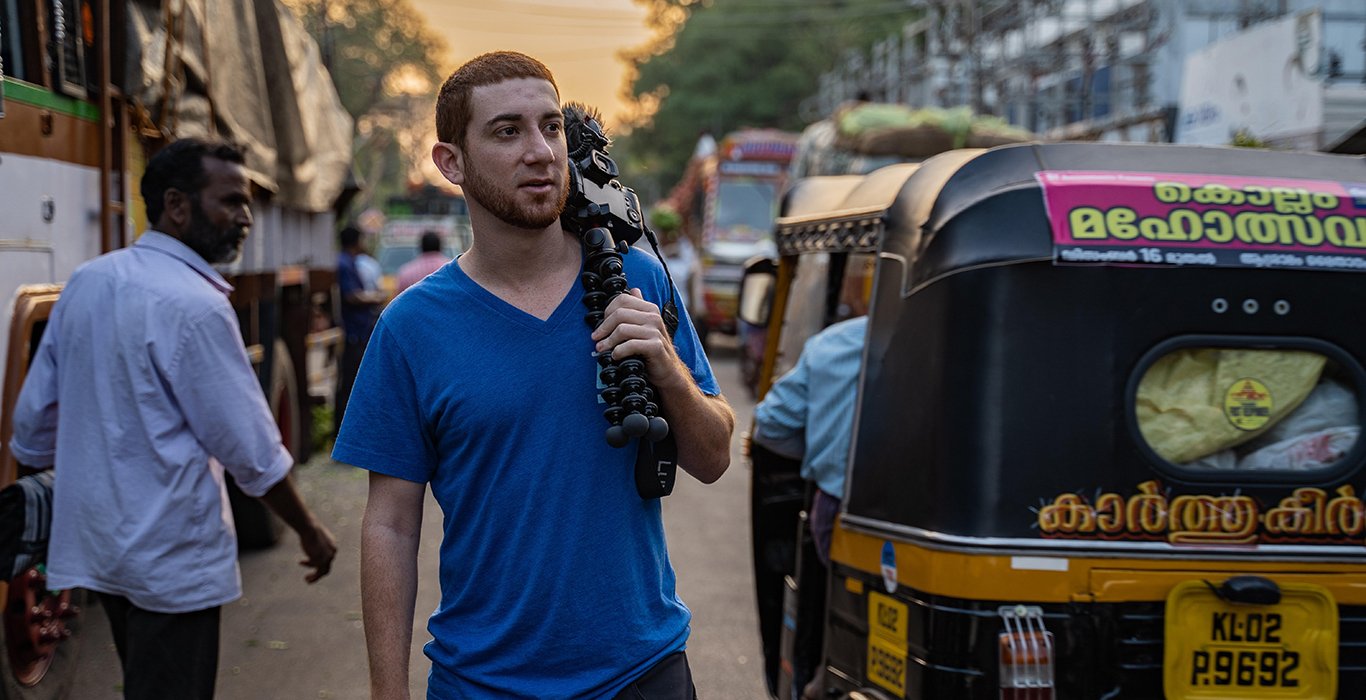 This Guinness world record holder (visited 12 UNESCO sites in 24 hours), after travelling 153 countries over a span of around 6 years revisited India, but this time for the south of the country. With over a million followers on social media and about 400 million across the world following his videos, he is to continue his expedition to 40 more countries, completing a world trip. Many youngsters consider him a go-to travel guide as they say that his video logs give them extensive information about the places he visits and the activities he does.

“Even terrorism doesn’t curb me from entering a country,” said Drew Binsky as he nodded yes, when asked if he prioritised travelling over his fears a country could hold.

The 27 year-old American said that he was food poisoned three times when he visited India before. But that does not scare him from visiting India again.

“The videos are extremely colourful and elaborate. He explains everything in detail,” said Rakesh Murali, college student from Kochi who rushed his way in to the venue to meet Binsky when he arrived in Kochi. Murali added that people like Binsky encourages youngsters like him to travel the world even when these venture seems difficult.

He landed in Kerala early this year. If not more destinations in Kerala, Kochi and Kollam were on his itinerary. In an interview with Kerala Travel Explorer (KTE), he said that Kerala’s greenery entices him. A verdant Kerala was not the only factor that appealed to him, but he added that it is much safer in Kerala compared to the North of the country. He said the people in Kerala are friendly and welcoming apart from other wonders the state held for tourists.

While elaborating on what enthralled him, he said the place is covered with numerous coconut trees, which turn out to be a peculiar factor of the state. On his road trip within the city of Kochi, he said he noticed that the roads were well organised making the journey easy for him. He was surprised at the diversity the country could hold together, while visiting Kerala.

A verdant Kerala was not the only factor that appealed to him, but he added that it is much safer in Kerala compared to the North of the country. He said the people in Kerala are friendly and welcoming apart from other wonders the state held for tourists.

It was not just the taste of the food that caught the attention of this world traveller but maybe to one’s astonishment, the colour of it too. 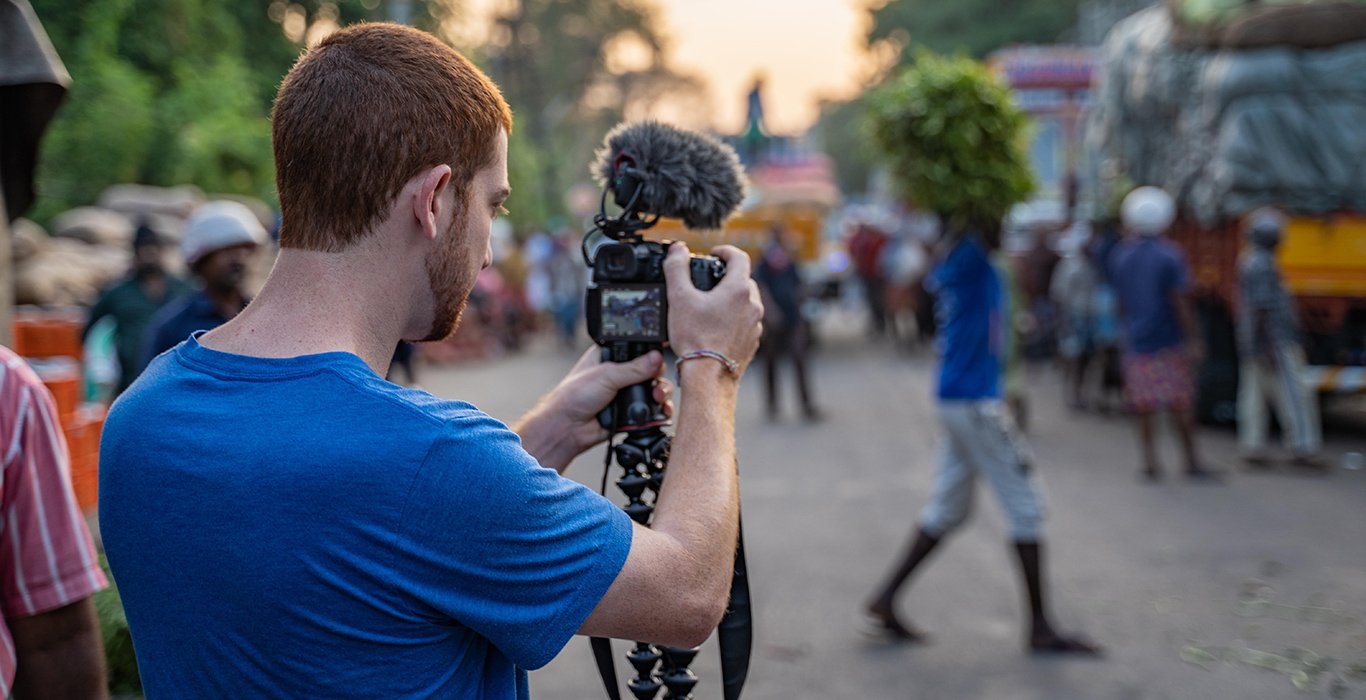 Binsky specifically commented on the ‘orange biriyani,’ that he happened to have in Kerala. He said with much surprise that the southern Indian food is different from that of the north. Although he was severely affected by food poison in India the first time he stepped into the country, he said that it has not stopped him from trying various food delicacies of the land.

Drew Binsky, just like any other foreigner who lands here, was welcomed by the state’s favourite drink, coconut water. Binsky did not fail to comment on the drink too. He said that out of all the fruit juice that he has tried, he loves coconut water.

As his journey took off after a crowd interaction with his well-wishers in Kochi, he visited various food joints within the town through which he narrated the spirit of the city, especially popular food outlets.

He curiously commented on ‘Dosas’ served on street sides. He said it was much different from the Indian food he has eaten elsewhere only because the food served as Indian is usually North Indian.

“The flavours and spices are entirely different here in the south,” he added.

As he journeyed through the city, he narrated about how banana leaves are used as wrappers for food and how bare hand is used to have food rather a fork and spoon. 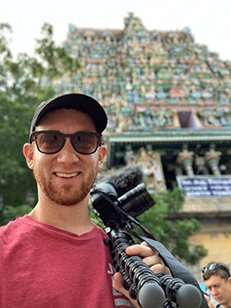 As he shared his experience with KTE, he said that he would advise youngsters to focus on budget trips, as it can save money for later travel plans. It is always advisable not to spend on expensive cameras, or stay in expensive hotels, so that your money can be spent judiciously for other relevant activities while on a trip, he said.

He quoted his own experience acquiring a camera as a gift later in his life, rather than spending on it at the beginning of his venture. Drew Binsky now has tie-ups with various outlets that make use of his journeys to advocate their products through advertisements. His video logs inspire many to travel across the world, not just by spending, but by earning money through the journeys. His social media pages have inspired many to ask him for guidance as to the methods he adopts for a round the world trip. The rendezvous with Drew Binsky garnered several youngsters from Kochi. As they crowded around him, they asked questions pertaining to travelling across the world.

One among the crowd posed a question as to the dangers of visiting certain countries which are persistently under terrorist attacks.

“If you have a visa, then just go. Nothing should scare you to visit a country,” he answered. His visits across the world have triggered him in discussing tips while travelling overseas. Some of them advise the traveller to use Google maps to navigate within a country, hiring Uber taxis, as he suggests it safer than standard taxis. Above all he advocated teaching English as a foreign language in various countries as one of the best ways to travel and living in a foreign country.

Living The Dream Of Travelling

Binsky now has a professional videographer who travels with him to help him record his videos tailoring it to his needs. He conveys that there is no end to the sight that is experienced in each trip.

With 40 more countries in his bucket list to visit, the 27 year-old now dreams of visiting every country on earth before turning 30. While he also stresses on becoming a resource to those who aspires to be travellers.

Binsky was embarking on his trips to Madurai and Chennai in India after Kerala, while he said he is looking forward to visit Srilanka and the Pacific Islands after that. 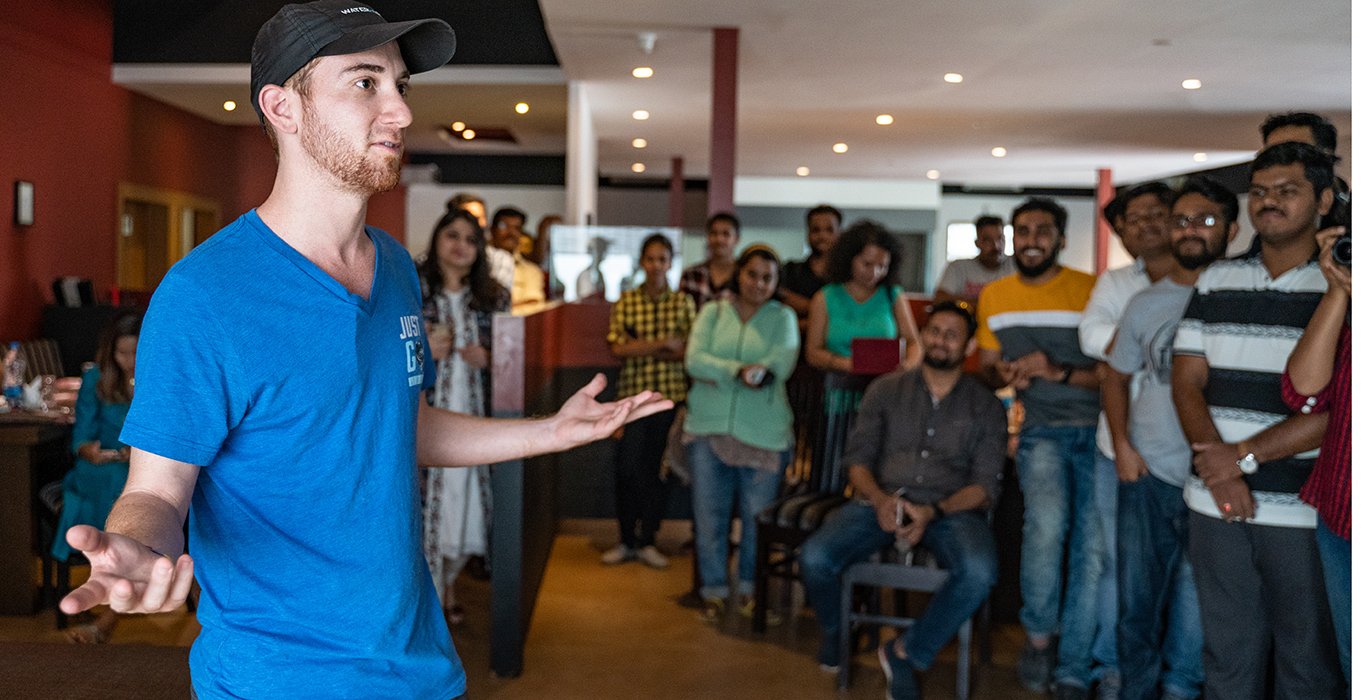 It is always advisable not to spend on expensive cameras, or stay in expensive hotels, so that your money can be spent judiciously for other relevant activities while on a trip, he said.