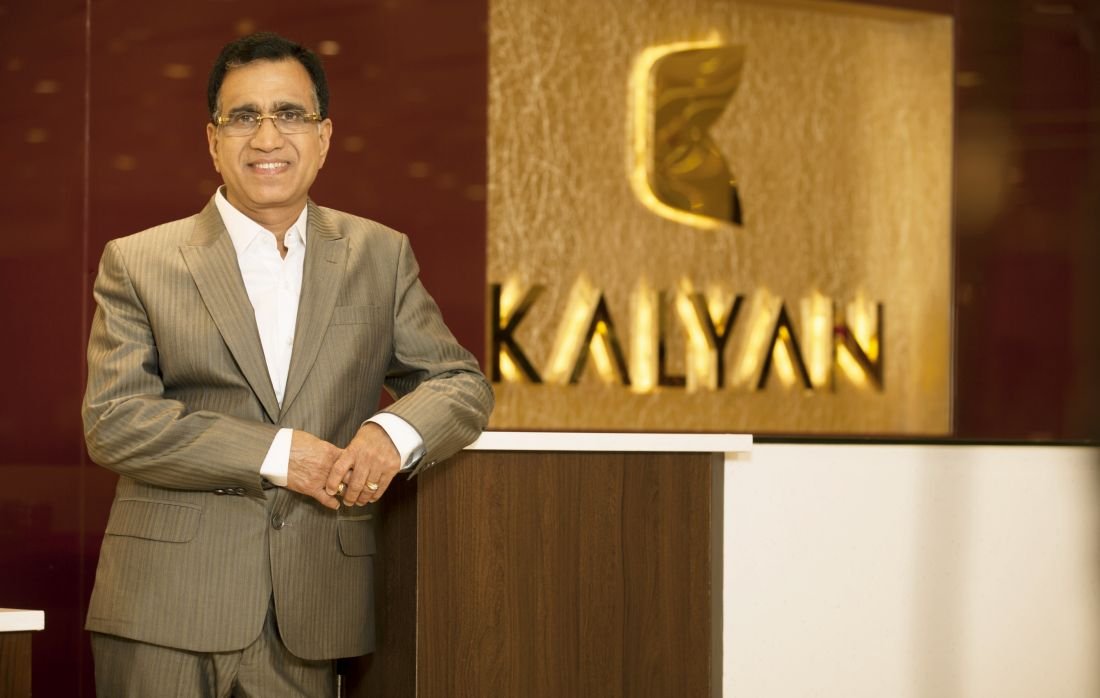 The Man With The Golden Touch

TS Kalyanaraman, Chairman, Kalyan Jewellers was born in Thrissur City to Seetharamaiyer. His family has been in business for the last 112 years. It was his grandfather, T. S. Kalyanaramaiyer who first moved away from priesthood and became a businessman. The decision to start business was taken in response to the call of one of the senior relatives of the clan, who was a Dewan to the Maharaja of Kochi, who believed ‘Enterprise and business was necessary to create job opportunities and to make India self dependent’. He also believed that ‘business should be fair with a social objective and not just for self motives’. The group still adheres to the founding principles of its forefathers and this explains the group’s firm grounding in fair business practices and ethics.

Kalyanaraman started learning business from his father when he was twelve years old, by helping his father in his textile shop. Later he joined Sree Kerala Varma College and studied commerce. He started his first jewellery shop named Kalyan Jewellers in Thrissur City in 1993 with a modest capital of Rs 75 lakh. Today, with revenues of $1.4 billion, the privately held company that counts US private equity firm Warburg Pincus, as a key investor, has a total of 117 showrooms, which includes 89 showrooms in India and 28 in the middle eastern countries of UAE, Qatar and Kuwait.

TS Kalyanaraman spoke to The Kerala Explorer recently and tells us what makes him a force to reckon with.

You are known to be one of the richest and the most successful businessman from Kerala. What do you attribute your success to? We believe honesty and trust are hallmarks that set us apart. When we entered the jewellery industry in 1993, we decided to bring in transparency in an opaque and largely unorganised sector. We focussed our attention on educating customers on how they could extract value from their purchase. We introduced detailed price tags, a practice that was unheard of at that time. We were also one of the first to introduce BIS certification of gold jewellery. This held us in good stead and people started bestowing their trust in us. Today, Kalyan Jewellers has emerged as one of India’s leading and most trusted brands.

We continue to adhere to the founding principles of our forefathers of pursuing fair and ethical business practices.

You are there on the Forbes Rich List, how did you feel when this news was first out? Titles are but a reflection of the good work that we have done in this industry. We now have the added responsibility to do better and push ourselves harder to establish new benchmarks and focus on customer service excellence.

“When we entered the jewellery industry in 1993, we decided to bring in transparency in an opaque and largely unorganised sector."

What was your childhood like? Who influenced you the most? I was brought up in a joint family and my childhood was like any other. I played cricket and shuttle with my brothers and friends from the neighbourhood. I took music lessons and acted in school plays. Social evenings, then and now are family affairs. Our family temple and the festivals surrounding it are at the center of everything we do, even today.

I was an average student and enjoyed going with my father to the store, which I did often from the age of 12. He has influenced me significantly.

In the book The Consolidators, the author has mentioned that your father took you to his textile shop when you were a 12 year old school going boy, by offering you a Masala Dosa at the end of the day. Is that true? When we were in school my father used to take me and my brothers to the store during vacations. That was our first initiation into the world of business. I would say, from that time, business became a part of my system.

As the eldest, I was taken to the store first. When I was   12, my father put me in charge of the cash counter. He watched as I collected cash from customers. If I made any mistake in calculation, he would correct me. And on days when I did well, I was treated to a Masala Dosa. I was never forced to join the business, it was just a natural progression for me.

How was it like growing up in the cultural town of Thrissur? Did nature and environment play any role in shaping your personality? Living in the temple town has its own charm. I grew up watching classical art forms of Kerala like Kathakali, Chakiyar Koothu, Mohiniyattam and also partaking in the famous Thrissur Pooram festivities. I grew up in a family that believed in educating the children not only in the three R’s but also in art, music and culture, so I was trained in classical music from a very young age.

How do you unwind after a day at work? I am a family man. We wind up work by 8 pm and don’t take any of it home. I consider business a pleasure. I don’t let it become a cause for stress. When I am not working, I like to be home with my family. In the morning, I do yoga and spend quality time with my grandchildren. During the weekends we get together, and go for movies or play games.

Which is that one place you always love going to? That would be London of course. Which is your favourite destination in Kerala and why? I enjoy spending time in the backwaters of Kerala.

What changes do you foresee happening in Kerala 20 years from now? The investment environment is changing across India. There is a lot of positivity and optimism and the Government is making the process of investing in the country simpler, reducing bureaucratic hurdles and red tapism. Kerala offers immense potential and there are significant opportunities in a number of areas such as tourism / medical tourism, technology, hospitality, agriculture and farming.

“ I grew up in a family that believed in educating the children not only in the three R’s but also in art, music and culture, so I was trained in classical music from a very young age.”

What do you think needs to be done to further promote the potential of Kerala as a tourism destination? Kerala tourism is a world acclaimed success story. It has captured the international as well as domestic market, but at the same time, it has a lot of unexplored potential. We should invest a lot more into sustainable tourism ideas and also in to educating ourselves and our guests about responsible travel. Reducing red tapism, improving infrastructure and ensuring safety of both travellers as well as its own citizens will also help in maintaining Kerala’s image as one of the best destinations within India.

You are probably the first Kerala businessman to own private planes and helicopters. What is it that made you consider these modes for commuting? We hit a crossroad when we first decided to buy a helicopter. We had to convince ourselves that it wasn’t a luxury. We calculated that we could save at least seven workdays a month if we had a chopper and a jet of our own. Now the new addition is helping our international expansion.

Are you considering investments in any new verticals for expanding your business presence and success? We have a real estate division - Kalyan Developers. While I am the chairman of the company, my son-inlaw R Karthik is the Managing Director. The company is investing Rs 300 crore in the Kerala market.

What was your childhood dream and do you feel you are among the fortunate few who surpassed your dreams? Growing up, I dreamed of having my own business. But when we started Kalyan Jewellers, my aim was to have just one showroom. Later, I thought of adding another one – one each for both my sons. Today, by God’s grace, we are 117 showrooms strong, and it was not something we had planned initially.

What is the motto of Kalyan Jewellers? Our philosophy is ‘Trust is Everything’ and the same is exemplified through our business practices. To us, it is not just another tagline but something we live by. If you do your business with honesty and transparency, you will earn respect of your peers and also be successful.

What is your success mantra? What would be your advice to aspiring entrepreneurs? If you’re passionate about an idea and believe it will  work, take the plunge. It is important to believe in your ability and in the power of your idea. Work hard and stay focused but embrace change if it makes you better. Always seek advice from elders and surround yourself with people who will inspire you. Then success will be yours. Shortcuts won’t take you far.

How was the experience incorporating a legend like Amitabh Bachchan as the brand ambassador of Kalyan Jewellery. Mr. Amitabh Bachchan’s commitment to work and his discipline are the two things that I admire the most. One hardly ever comes across people like him. He gives 100% to everything he does, and that is what sets him apart from everyone else. We have known him for a long time now.

Earlier this year, I invited him to visit our home town and take part in our annual temple festivities. He immediately said yes! It was a spontaneous decision. He rearranged his schedule to make himself available on that day. He visited the temple and took part in the festivities. He was like just another devotee when he came.

Keralites are known to spend maximum on gold ornaments purchase. How do you see gold shopping adding value to the economy? The jewellery sector is a net contributor to the economy. The sector contributes significant taxes to the state exchequer while providing employment to thousands of artisans and people from across the state.

“ The jewellery sector contributes significant taxes to the state exchequer while providing employment to thousands of artisans and people from across the state.”

“ Reducing red tapism, improving infrastructure and ensuring safety of both travellers as well as its own citizens will also help in maintaining Kerala’s image as one of the best destinations within India.”