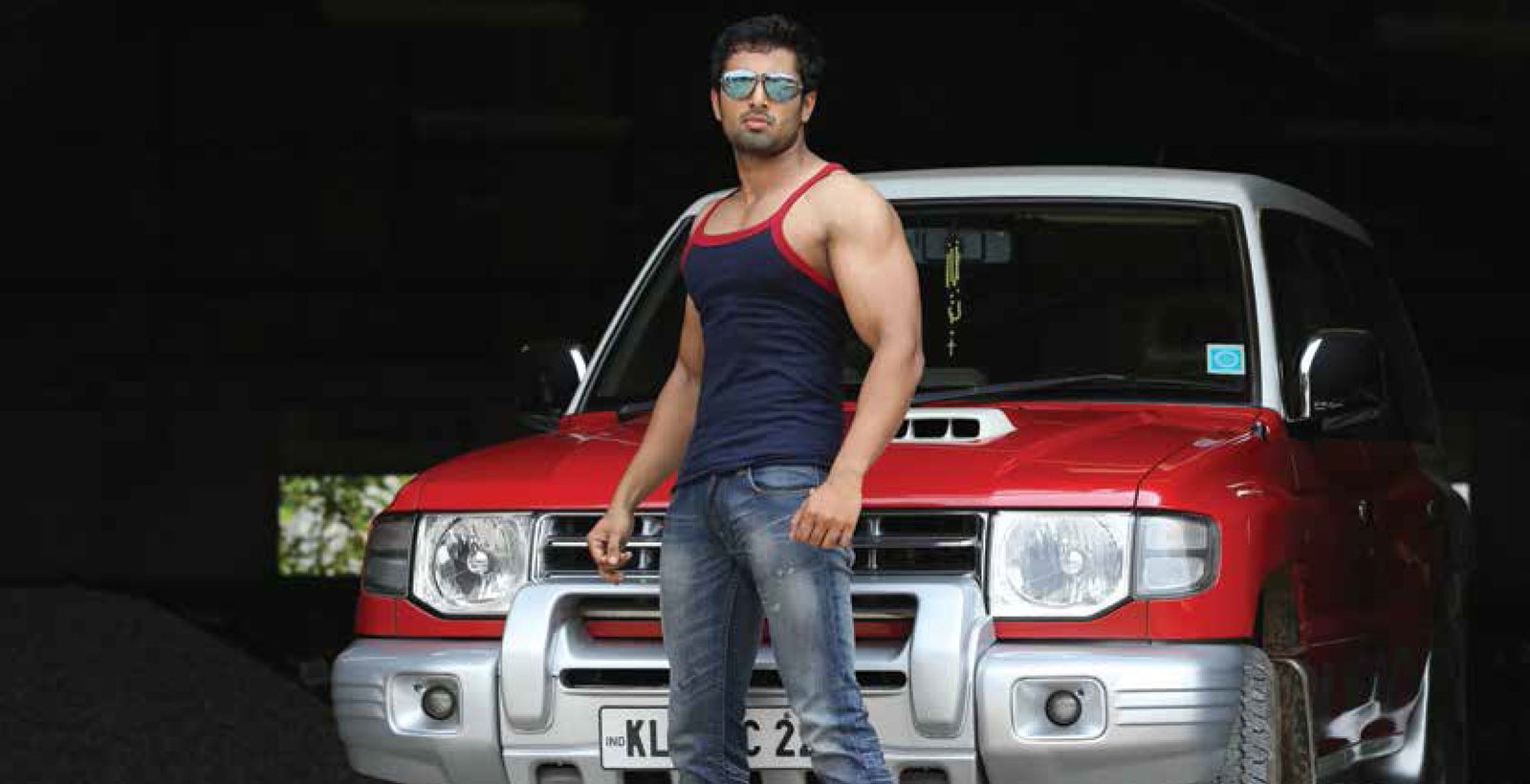 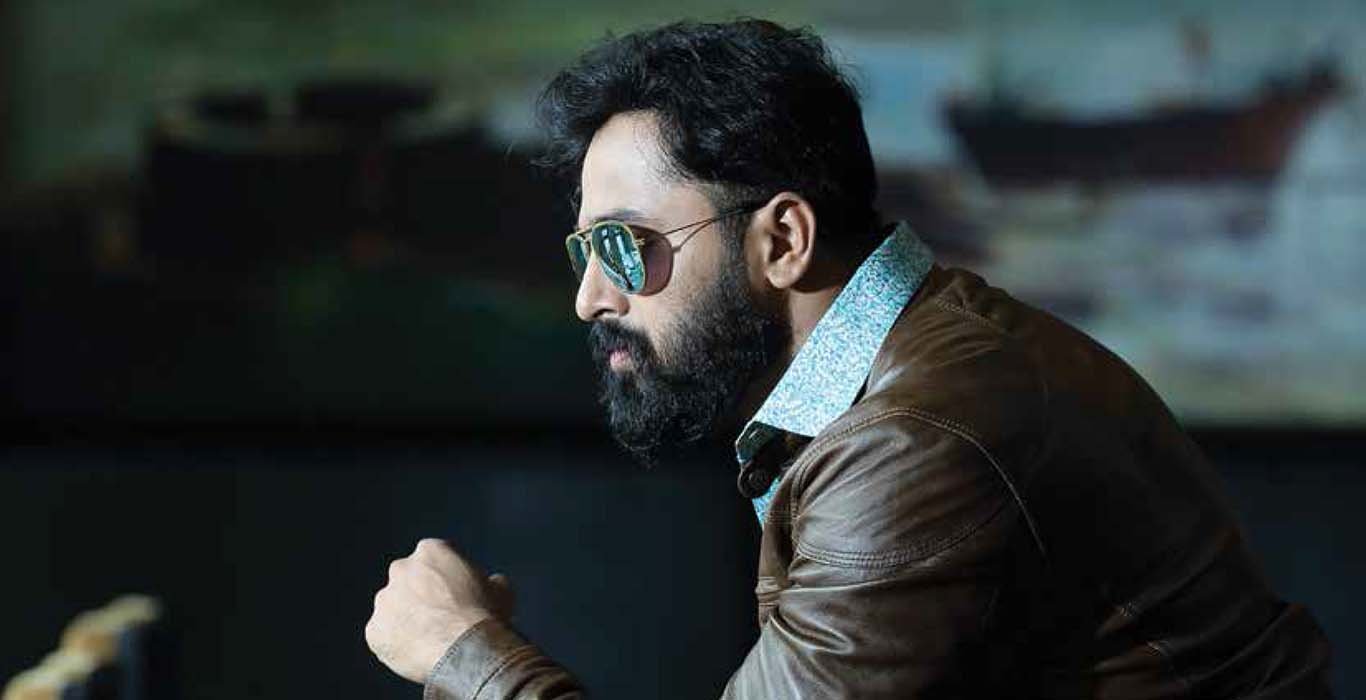 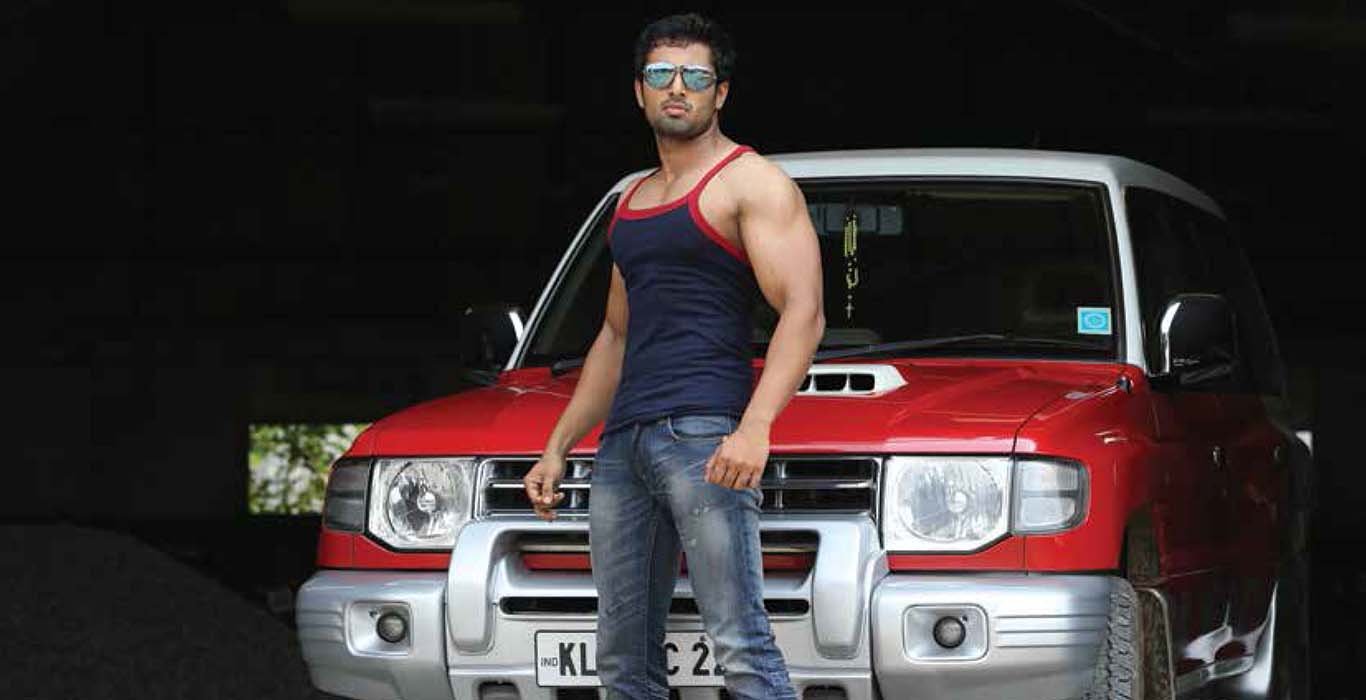 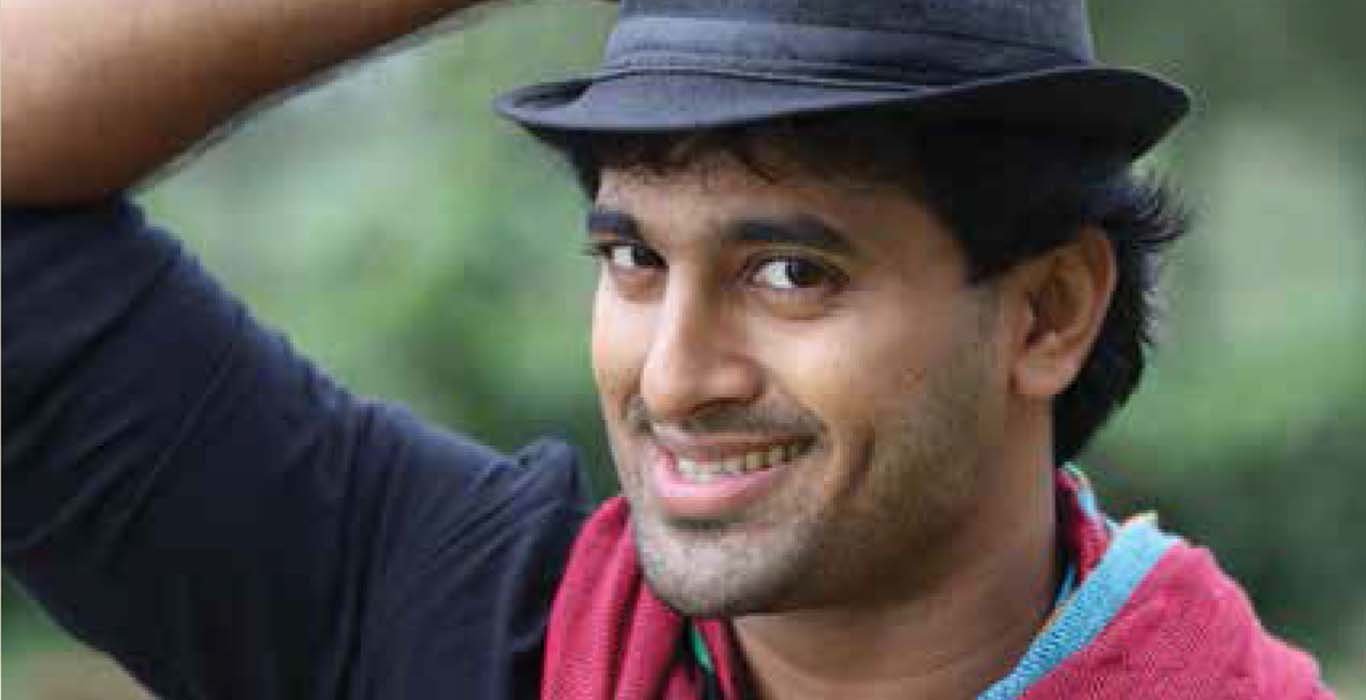 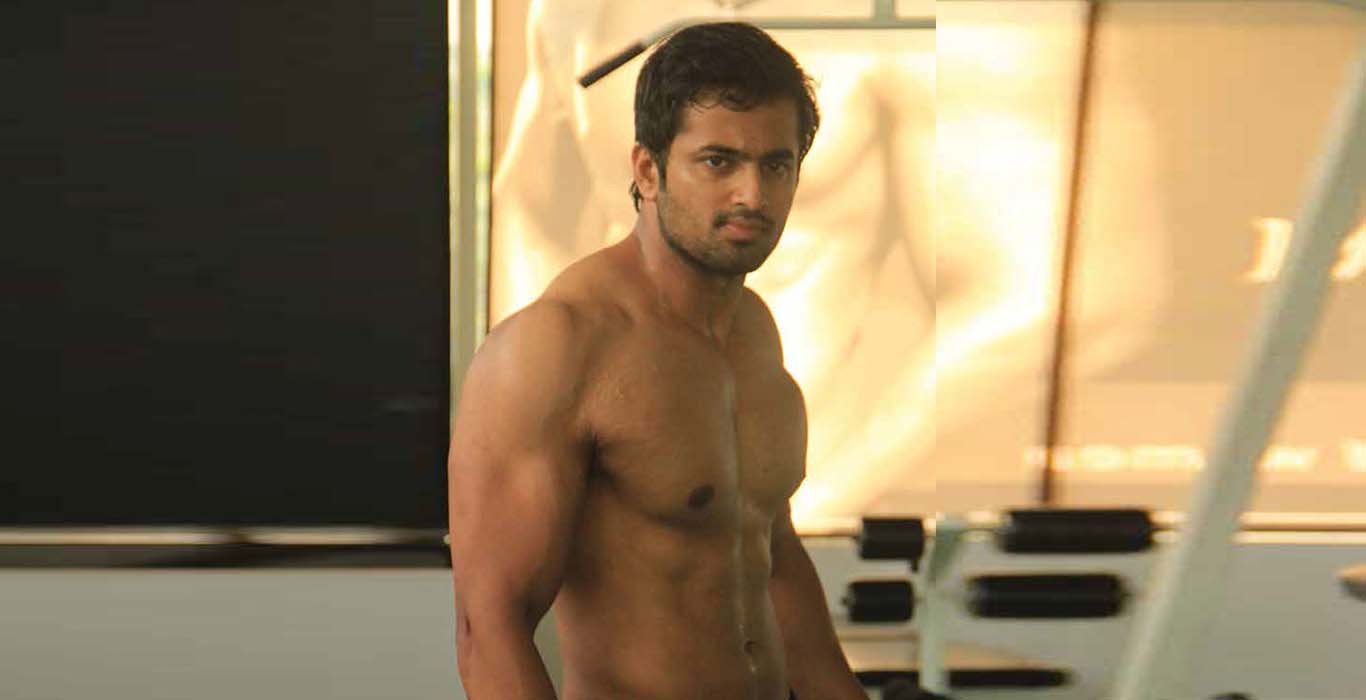 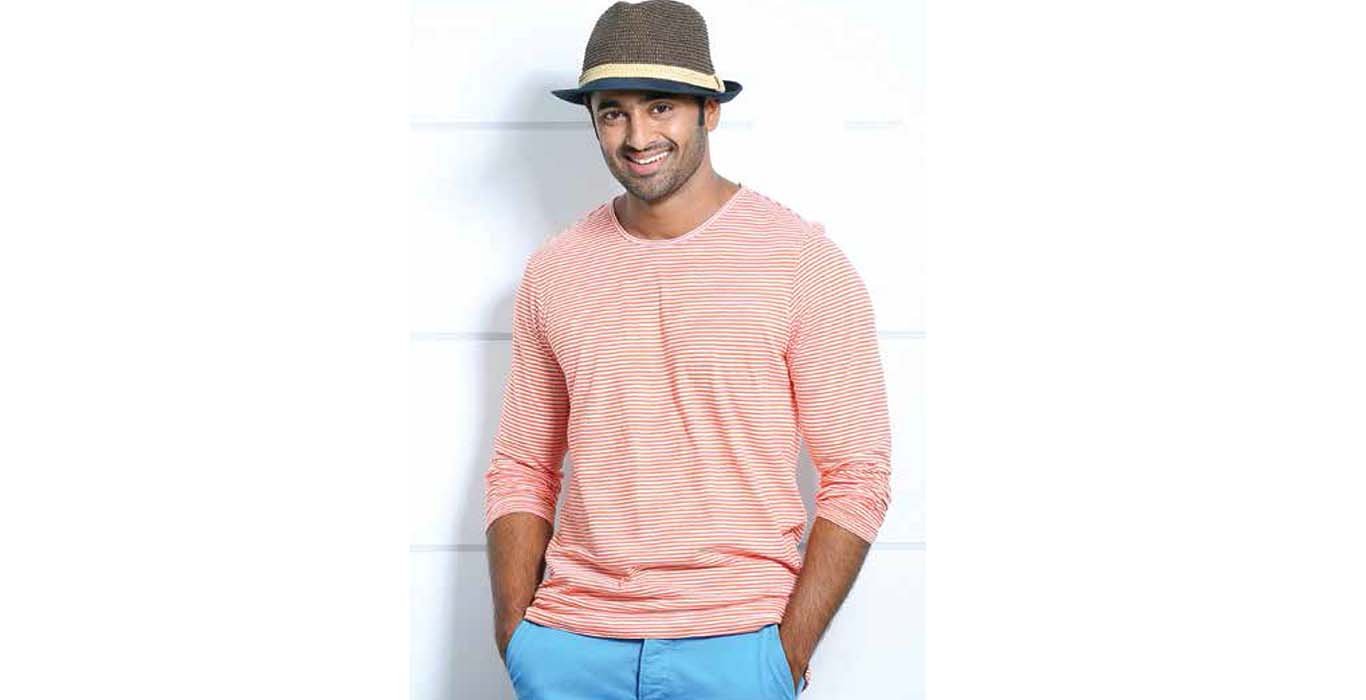 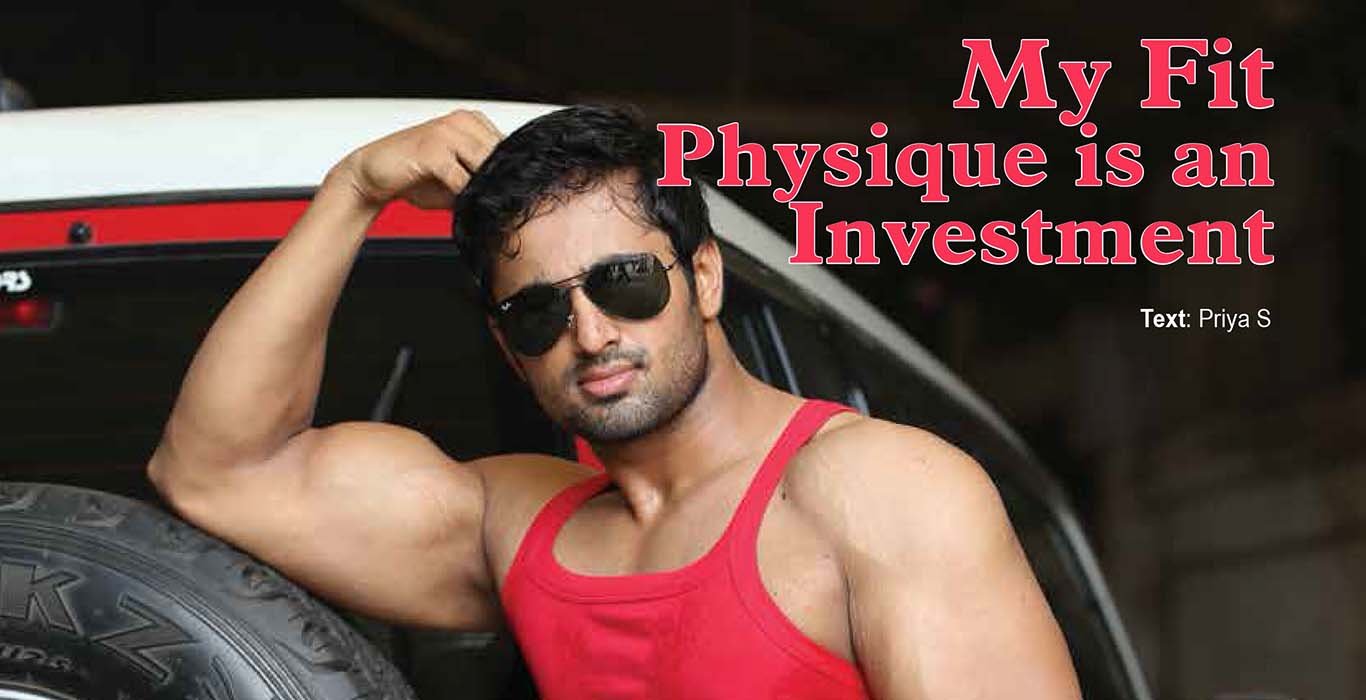 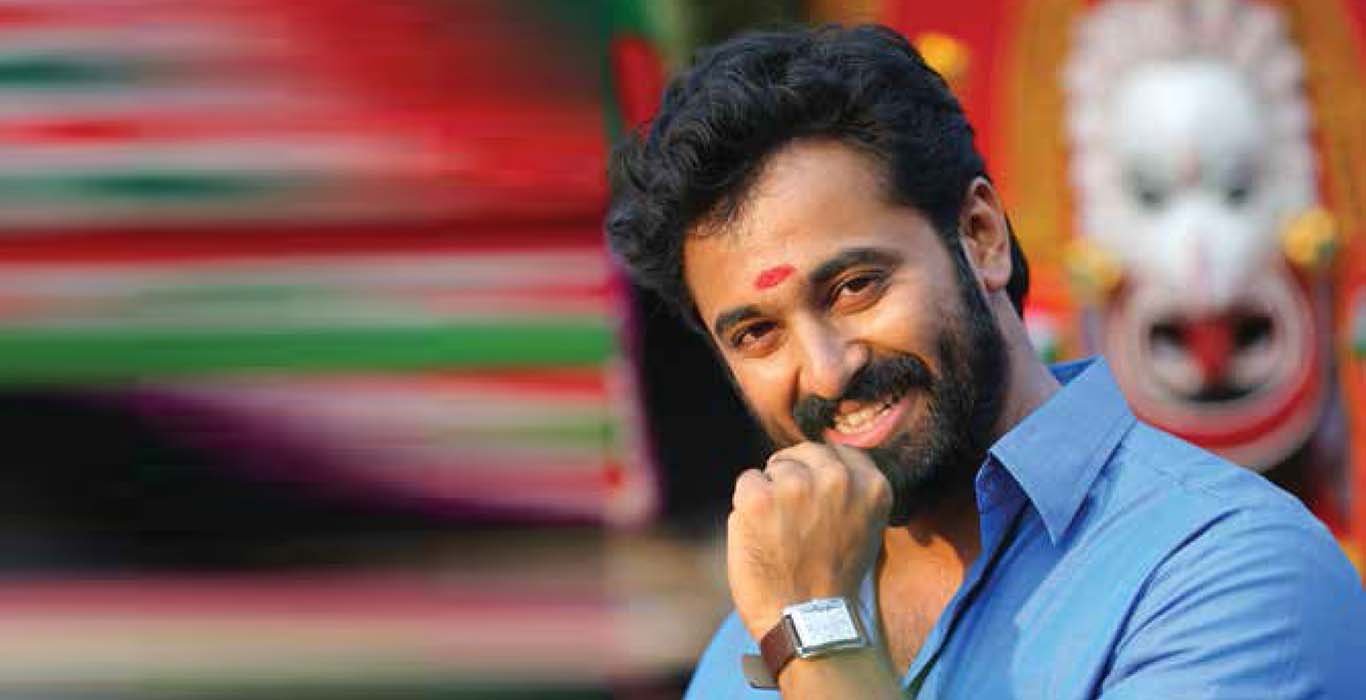 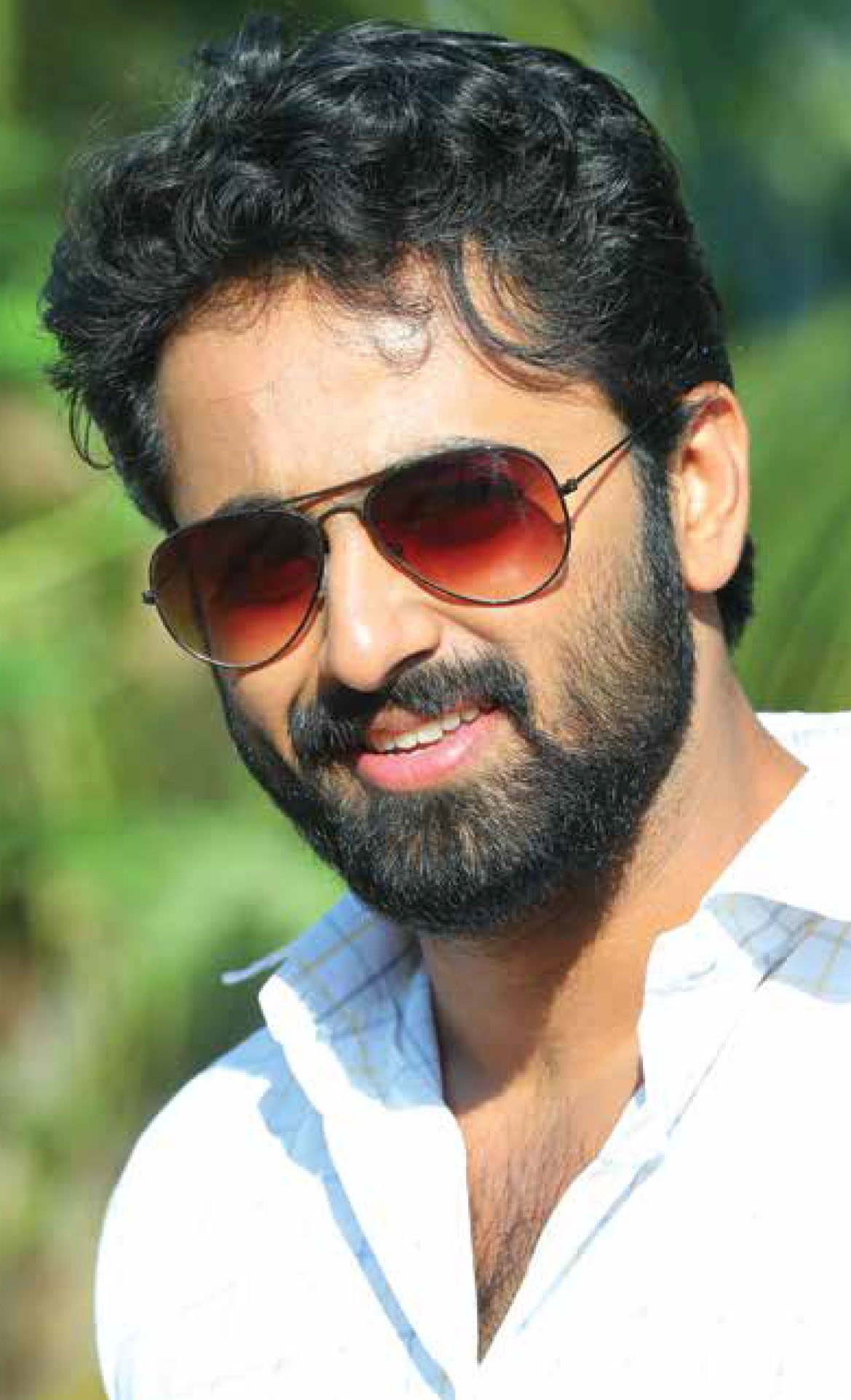 “My Fit Physique is an Investment”

The sobriquet Mallu Singh is all that is needed as a calling card for the handsome and supremely fit actor Unni Mukundan who is currently making waves not only in Mollywood but also Tollywood, having shared screen space with biggies like Mohanlal in Janatha Garage, Mammootty in Masterpiece, and Anushka Shetty in Bhaagamathie.

The success wave he is riding currently is a well deserved and long overdue one, for a boy who always had stardust in his eyes. His journey to fulfilling a long cherished dream began in the year 2011 through the Tamil film Seedan and then with the Malayalam films Bombay March 12 and Bangkok Summer. From there it has been a rollercoaster of a journey with its troughs and crests. The young actor admits to having quit twice but thanks to the intervention of some loved ones from tinsel town, he stuck it out to reach where he is today. Unni believes that there is no substitute for hard work and in having a fit body to reach his goal. Unni bares his mind to Kerala Travel Explorer on his journey.

I belong to a middle class family that hails from Thrissur, but soon after I was born we shifted to Ahmedabad, in Gujarat. And, it was only when I was in Xth grade, that I saw my first film Kaho Na Pyar Hai in a theatre. My school was next to Anupam theatre and I used to watch all the posters of the films playing there with interest. I saw the poster of Kaho Na Pyar Hai and decided to go watch the film. That cemented my decision to become an actor. I was always good at story- telling and loved music and knew that I could make it as an actor. Though I was good in studies, my film dreams made me keep my studies on the back burner.

“It was in Xth grade, that I saw a film for the first time in theatre, it was Kaho Na Pyar Hai. That film cemented my decision to be an actor.”

The role of your parents in supporting your dream

I was working in Ahmedabad, when I finally laid bare my heart and told my parents that I wanted to act in films. They never tried to discourage me. Admittedly, the fact that I wanted to act was shocking to them because in my family nobody had the habit of watching films. My father set out to search and find out director Lohithadas’s address. I remember, I wrote a letter to him mentioning my dreams and since it was a registered letter he received it.

Lohithadas called me up and the first thing he said was that my handwriting was good. Soon Lohithadas offered me the film Nivedyam when I was still working in Gujarat. But at that point instead of wanting to become an actor, I wanted to be a director, because I thought the director was bigger than the hero, so I did not accept Nivedyam which went on to become a big hit. Lohithadas harbored no resentment and became my mentor. He made sure that I would not lose my focus on films.

Eventually, I came down to Kerala and shuttled between a rented place and staying with my cousins in Guruvayur. Lohithadas Introduced me to Johny Sagarika-the producer. The film he was producing was Bodyguard which was being shot and I used to stand in the crowd and observe Dileep and Nayanthara, and come up with queries for Lohitadas, who I recall telling me not to visit the locations anymore, and that I was like a clean slate and not to get any preconceived notions into my head. He treated me very well and taught me a lot of things; most importantly made me believe in films. He was my mentor and more than that a perfect host. If Malayalam cinema was a big house, he made sure that I could have food from there. When he died, my world shattered. I went back to Gujarat and decided to join the Army. I even cut my hair short for that, which was when Goodknight Mohan saw my photo and his manager called me for a Tamil film Seedan – the remake of the super hit Nandanam.

“When you become successful everything changes. What was bad earlier becomes acceptable. I worked in films that were out of my comfort zone and even wrote and sang for my films Achayans and Chanakyathantram. I played a woman in Chanakyathanthram. That’s the confidence I gathered from my journey”

When Seedan came, I told the makers that I had left cinema and was not interested. But the team said they had seen my photo and asked if I could come for a screen test. My mom heard the conversation and advised me not to turn my back when my dream was beckoning and to give it a try. So I went to Chennai for the screen test with a bald head. I got the screen test done and they liked my look and in the year 2011, I shot for my first film which was Seedan. Soon Bombay March 12 opposite Mammootty came and then Bangkok Summer happened.

Mallu Singh first commercial success. Mallu Singh directed by Vyshakh was the turning point in my life. People started knowing me by name and I

Mallu Singh directed by Vyshakh was the turning point in my life. People started knowing me by name and I got an identity as an actor. In fact I got so much attention that I could not handle it and I had no guidance then. I went back to Gujarat and decided to take up a job. If you notice, there is a 11 month gap after Mallu Singh got released. I had also gone a bit fat. It was scriptwriter Sethu and director B.Unnikrishnan who pulled me back into films. They asked me to fight it out and they wanted me to act which is when I started accepting other films. Soon Thalsamayam Oru Penkutty, Orissa and I Love Me gave me the opening I required and I have now completed more than two dozen films.

“I love Ottapalam and Malappuram in Kerala. I love to take off on unplanned solo trips in my Land Rover. I just get into it and mostly take off to places that serve good food. I love eating roadside food- especially hot unniappams.”

The fat to fit journey from Vikramadithyan

Lal Jose gave me this awesome character Vikram because he thought that under proper guidance I could go places. Slowly, under his guidance I became Muscle Aliyan. That role was the catalyst for my physical transformation. My character in Vikramadithyan was perfect and I wanted a physique that was also perfect. I lost 25 kilos of fat and gained 18 kilos of muscle in 5 and a half months. The very fact that I could transform my physique was a huge morale booster. It upped my confidence levels and also made me believe in myself as an actor. Even after the film wrapped up, I did not want to lose the physique I had worked so hard for, and maintained it. I uploaded my Fat to Fit journey on YouTube and got a lot of views and inspired many others to start their own transformations.

“It pains me to see that we in Kerala are so educated and literate yet we litter our state. It is so easy to make the state a clean place if everyone does their bit about not littering. In cities, there is garbage spilling over and piling up. When I see that with a tourist’s eye, I feel humiliated.”

Actually, when you become fit you become more flexible. Acting is not in the muscles, it is in the expressions. A fit body is my USP and I do not want to change that to satisfy misconceptions. Even in my 30’s and 40’s, I would want my physique to look the same. My fit physique is my investment and what most people spend on clothes, I spend in the gym.

When you become successful everything changes. What was bad earlier becomes acceptable. I worked in films that were out of my comfort zone and even wrote and sang for my films Achayans and Chanakyathantram. I played a woman in Chanakyathanthram. That is the confidence I gathered on my journey.

“Mallu Singh directed by Vyshakh was the turning point in my life. People started knowing me by name and I got an identity as an actor. In fact I got so much attention, that I could not handle it.”

It is a big industry- there are thousands of stories and many more directors. There is space for everyone here. I have done horror, political, comedy, romance and action films. I am glad that people are forgetting that I am an action hero and that they cannot peg me into a slot.

On acting in Telugu

I acted in Janatha Garage with Mohanlal who I understand recommended my name. Actually the makers of Janatha Garage saw KL 10 and Vikramadithyan and liked my characters and I readily agreed. It got me a lot of mileage in Telugu. My second film Bhaagamathie was opposite Anushka Shetty. She is such a gem. She is a superstar and I was this 15 film old actor from Malayalam but she is so grounded. She would share her journey with me which was very inspiring. She even gave me tips with regard to style, costumes and behaviour in playing a woman in Chanakyathanthram. Telugu gave me creative characters and both my characters had life in them.

I bought a Honda City after my 13th film. I also own a Land Rover now.

Yes, I am getting offers from Hindi. I met Rakesh Omprakash Mehra recently. I plan to do certain kinds of films and not clichéd ones in Bollywood. I want to recreate my success in Tamil and Malayalam. I would be ready to step into Hindi in a year or so. Hindi is a language I am comfortable with and that will be to my benefit.

Kerala is a beautiful state and it’s wonderful to experience the dialectical diversities it boasts of from district to district. I love Ottapalam and Malappuram in Kerala. I love to take off on unplanned solo trips in my Land Rover. I just get into it and mostly take off to places that serve good food. I love eating roadside food- especially hot unniappams though some would argue it is not healthy. I cherish those. Surprisingly, Munnar is a place I have not visited and I want to go there sometime soon.

Steps that can be taken to improve Kerala tourism

Whenever I travel on the beautiful ghat roads, all I see is plastic waste that litters the winding, beautiful landscape. I love forests so it pains me to see that we in Kerala are so educated and literate yet we litter our state. It is so easy to make the state a clean place if everyone does their bit about not littering. In cities, there is garbage spilling over and piling up. When I see that with a tourist’s eye, I feel humiliated.

Earlier I used to take to social media to write about issues but I feel nobody is bothered and that no change is happening, so I have stopped posting anything. There is no proper garbage dumping system and neither is there a segregation of organic and plastic waste. The government has to do something about it.

I want to start a gym.