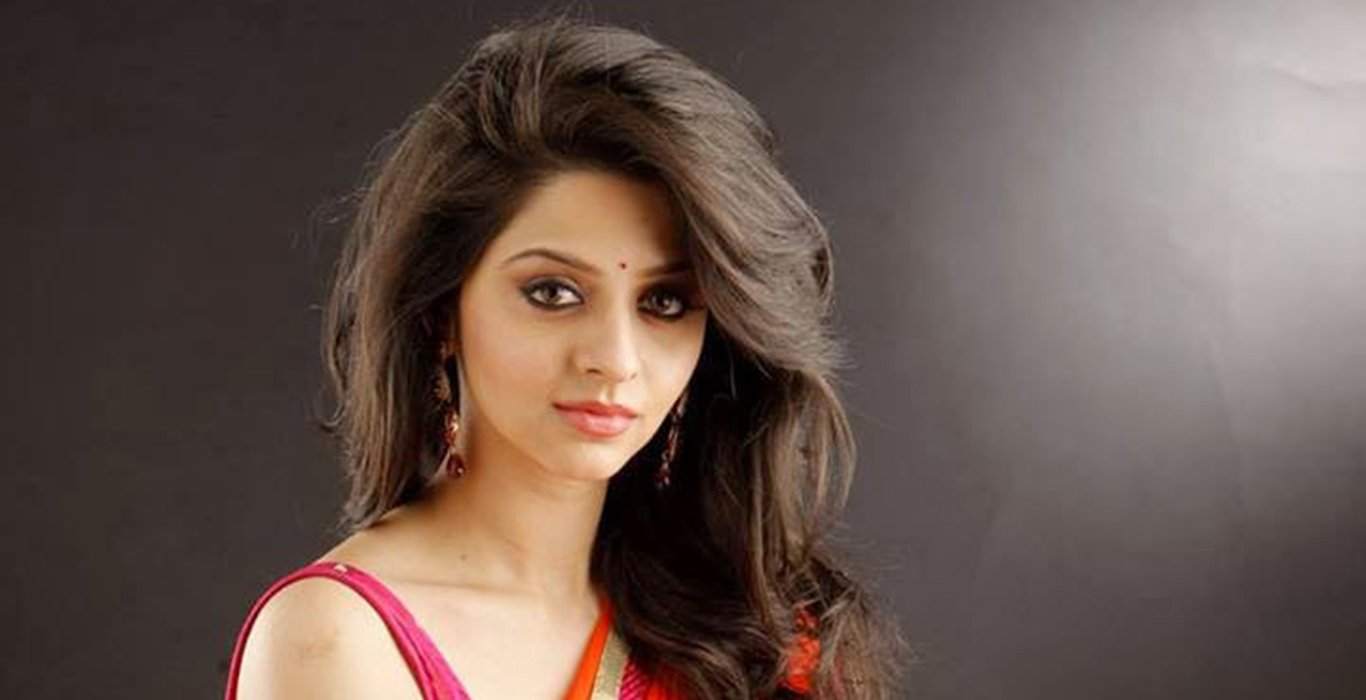 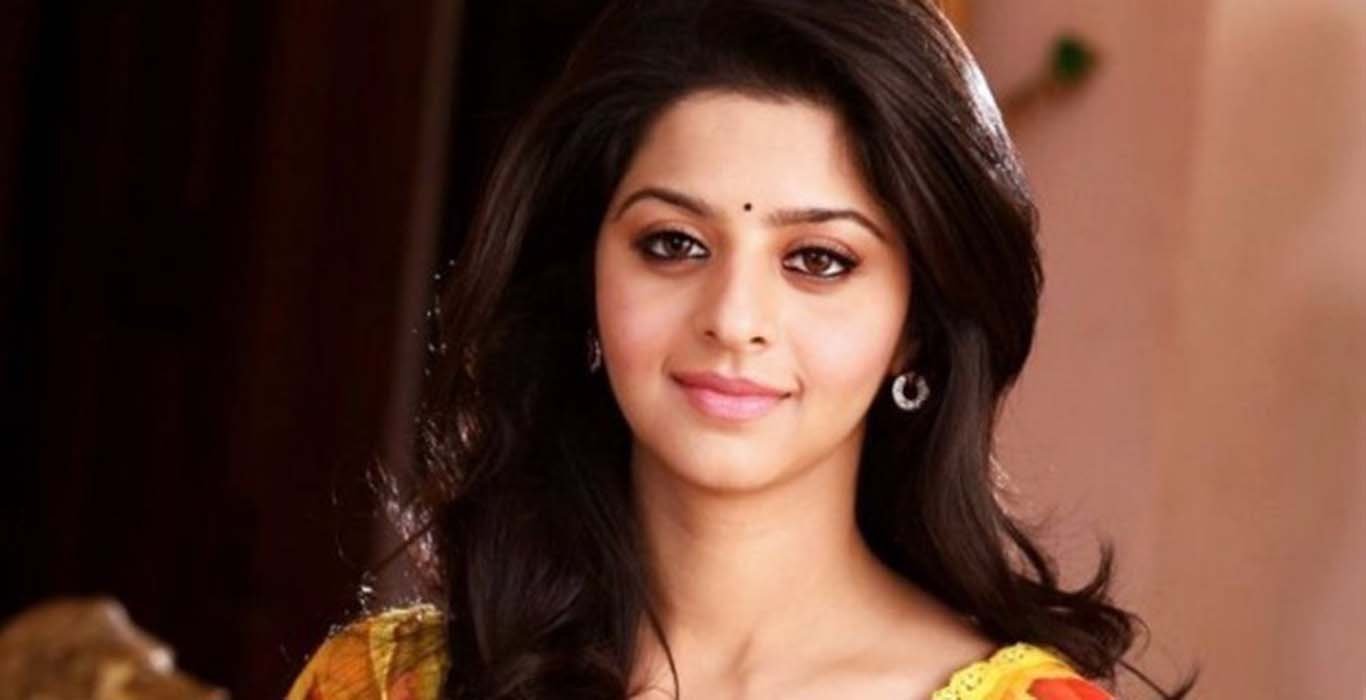 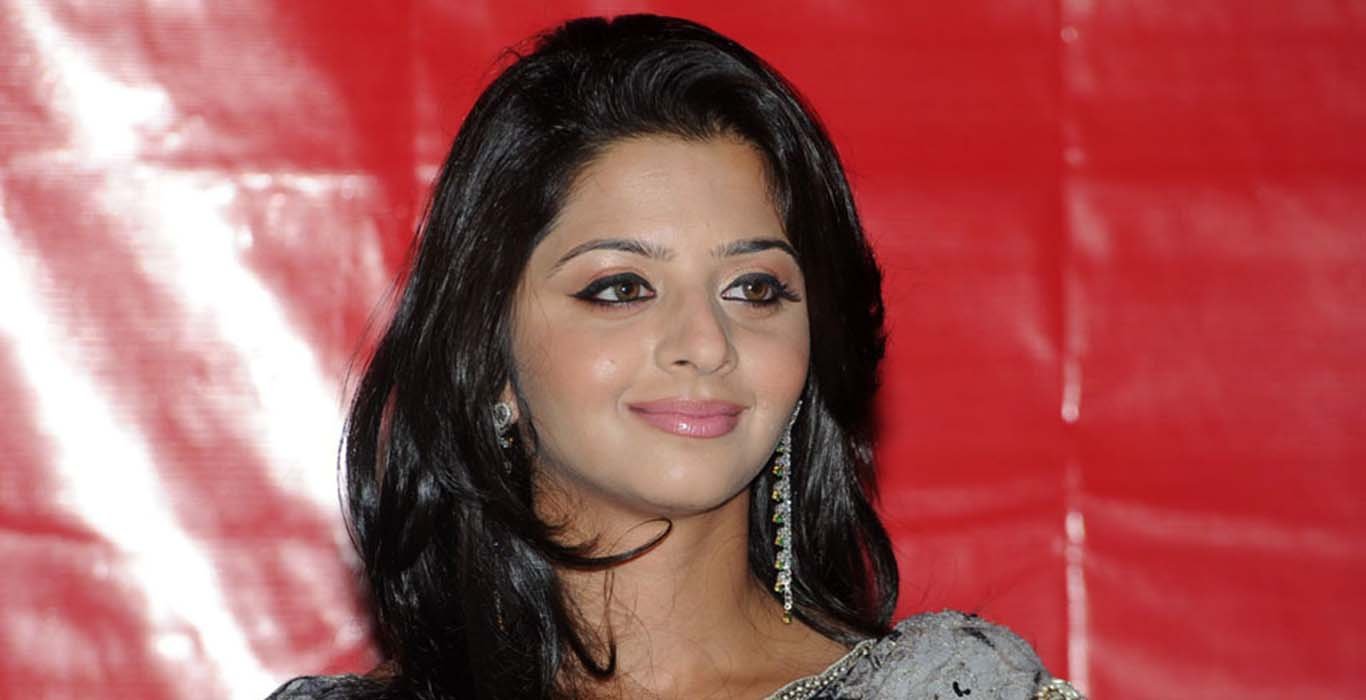 “The role of Alice is very special and will always be one I hold close to my heart.”

Aversatile actress and a talented dancer, Vedhika is someone the Malayali fi lm audiences have come to love for her portrayal of diff erent characters, especially in the movies, Welcome to Central Jail and James and Alice. She has also made her mark in other languages of the South Indian fi lm industry. In whichever role she works in, she eff ortlessly becomes the character she portrays, and her audience identifi es with her as one of their own.

So, from being the Boma Boma girl in Kannada fi lms to the simple but strong-headed Alice of James & Alice in Malayalam, she has over the past few years, made her place in all South Indian fi lms. Vedhika made her debut in the Malayalam fi lm industry through the movie, Sringaravelan. She has swept several awards for the Tamil movie Paradesi where she played the role of Angamma and was critically appraised for her portrayal of Alice in James and Alice.

Currently, she is shooting for the movie Kanchana 3 and has an upcoming movie in Malayalam too. Kerala Travel Explorer catches up with this busy actress to quiz her on her journey so far.

“I have never felt language to be a barrier to acting because if I love my work, I will give my cent percent to do it with grace. I select movies where there is good scope to prove my acting skills.”

Your growth and success as an actress have increased in bounds over a short period of time. However, you also come from a very solid academic background. How did the move from an MSc in Marketing at Cardiff University to the glittery world of movies happen?  Since childhood I have cherished the idea of being an actress and I used to participate in various cultural and dance programmes in school and college. The only thing my mother was firm about was that I finish my education and then pursue films. So after coming to the industry I took a small break to do my post graduation course in the UK and got back to acting.

As you said James and Alice saw you in a role that demanded lengthy dialogues. Your heartfelt performance was highly appreciated and won nominations at most of the award functions last year, including a win at the Asiavision awards. How did you prepare yourself for the role? I am thankful for all the love and appreciation I have received for the movie. The preparations are the reason I love doing films. When I act, I internalise that character and I live that character till the shoot wraps up. I prepared myself mentally and for James and Alice, I wore no make-up but some dark shades of foundation, to make me look like I was sleep deprived for days when Alice’s husband was in the comatose stage.

In addition to Malayalam films, you have also carved your own spot in all the other three South Indian film languages, namely - Kannada, Telugu, and Tamil. Which industry are you the most comfortable working in? I cannot name a language because I loved playing all the roles I have been given. Each film has been special because be it any character I portray, I have learnt different things from every different movie.

Do you dub for yourself in any of the languages? What is your mother tongue? My mother tongue is Kannada but I speak Tamil very fluently now. For James and Alice I wanted to dub but somehow I couldn’t. I would love to render my voice for Malayalam too.

You have worked with the Malayalam star, Prithviraj, in James and Alice as well as in the Tamil movie, Kaaviya Thalaivan. What was your experience working with him?  I loved the experience working with Prithviraj because he is a very intelligent actor and at a very young age he has achieved so much in the industry. He is a pure gentleman who is very humble and down to earth. One thing I like about him is that whatever part is given to him, he puts in his best and performs it to perfection.

Your film shoots would have taken you to many different and exotic locations in Kerala. Which has been your favourite? Can you share any particular memory of an obscure location that you discovered? Kerala is filled with greenery and is a treat for the eyes. Whenever I am in Kerala, I shoot videos and send it to my friends. Kerala is such a beautiful place covered with coconut trees. I wish other cities were as lovely as Kerala. The places I love in Kerala are Allapuzha, Munnar and I would also like to mention Athirapally Waterfalls. My best memory of the location is also from the same place Athirapally for the movie Cousins. There was a scene where Kunchako Boban and I are standing at the edge of the waterfall. I have never done something so scary in my life, honestly. It was extremely slippery and difficult to stand there, but our stunt master made sure that we didn’t trip and fall down by fastening harnesses around us. That was one of the best memories I have had till date.

How often do you get to travel for leisure? Which is your favourite vacation spot? I love to travel and I take two holidays a year. It is fascinating to go explore the new culture, cuisine, and the people. I have a list of places which are on my favourites and those are Maldives, Japan, Italy and Alaska. I would recommend all these places as I loved the memories from these places. Maldives feels like heaven on earth and people in Japan are so helpful also not to forget the food is marvelous.

Dancing has always been your passion. You did Kaaviya Thalaivan, which was a classical dance-oriented movie. What was the experience like to match the steps choreographed by Raghuram Master? At a very early age, I started dancing to Madhuri Dixit’s and Sreedevi’s songs like “Ek do teen” and “Mere haaton mein nuan nuan chudiya hai.” I love dancing a lot and when it came to acting I was offered Kaavyia Thalaivan, as Vasantha Balan sir knew that I dance. For my introduction, he made sure that there were Bharatanatyam beats in the songs by talking to A R Rahman sir. It was a blessing that Raghuram Master choreographed the steps because who else would have done it better than him. In the theatres, I was applauded for that song which I witnessed and that is one of my proudest moments.

Say Alladin’s genie appeared in front of you right now and said that you could wish for any role that you desire. What would you wish for? It would be something new which I have never done before. I would love to do different roles in the upcoming movies which would in turn become a dream role for others.

“Kerala is filled with greenery and is a treat for the eyes. Whenever I touch down Kerala, I shoot videos and send it to my friends. Kerala is such a beautiful place covered with coconut trees. I wish other cities were as lovely as Kerala.”